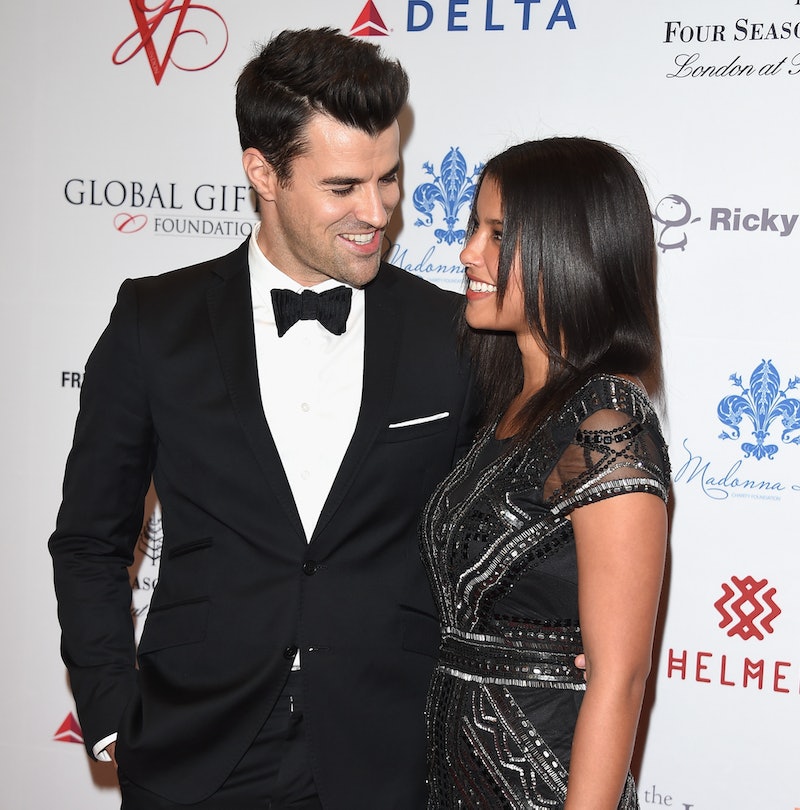 TV host Steve Jones is best known for his T4 days and for fronting the likes of The X Factor USA and BBC’s As Seen On TV. More recently, we’ve enjoyed Jones’ presenting skills on the Channel 4 property series Perfect House, Secret Location, which sees the Welshman help families find their dream home without revealing the location.

But, what is there to know about the Perfect House, Secret Location host off-screen, and who is Steve Jones dating?

Per the Mirror, Jones has had some high-profile ex-girlfriends over the years, including the likes of fellow TV presenter Fearne Cotton, actor Hayden Panettiere, and Baywatch starlet Pamela Anderson.

Jones also previously dated The One Show’s Alex Jones. However, the pair split in 2003 shortly before Steve landed his T4 presenting gig. Although she didn’t name her ex-boyfriend, speaking on the Thanks A Million podcast with Angela Scanlon, Alex hinted that their relationship ended after Steve allegedly stole an interview opportunity with Angelina Jolie away from her, the Mirror reported.

In 2014, Steve married model Phylicia Jackson. As per the Daily Mail, the pair tied the knot during a secret ceremony in Mayfair, London. The couple first met back two years prior in 2012, while Steve was working on The X Factor USA. Although the reality-competition series was short-lived, the TV host previously said working in the States “was definitely a worthwhile trip” as that is where he met Jackson.

And Jones isn’t afraid of a little Instagram PDA. Praising his wife’s success as a food writer, the presenter praised her for getting a piece published. He wrote: “I couldn’t be more proud. She’s the reason I’m so happy, and the reason why you can’t see my stomach muscles anymore.”

As mentioned, Steve currently hosts the Channel 4 property series with a twist Perfect House, Secret Location. Throughout each episode, host Jones assists families in search of their dream homes on “an unpredictable journey of twists and turns” as they view potentially perfect properties without ever knowing the location.

When each property’s whereabouts are revealed, participants are then able to explore the unfamiliar location before deciding whether or not to place an offer on a home or take their search elsewhere.

“I love a property show, and I’m honoured to have been asked to present such an exciting and original format in Perfect House, Secret Location. I can’t wait to guide our families on their magical mystery tours,” Jones said of his latest hosting gig.

More like this
Joey Essex Is Rumoured To Be Dating A 'Love Island' Favourite
By Sam Ramsden
Molly-Mae & Tommy Fury Revealed Their Baby Girl's "Really Unusual" Name
By Sophie McEvoy and Sam Ramsden
Darren Harriott Is Keeping His Love Life Away From The Spotlight
By Darshita Goyal
Gemma Atkinson & Gorka Márquez Are Strictly The Sweetest Couple
By El Hunt
Get The Very Best Of Bustle/UK
Sign up for Bustle UK's twice-weekly newsletter, featuring the latest must-watch TV, moving personal stories, and expert advice on the hottest viral buys.