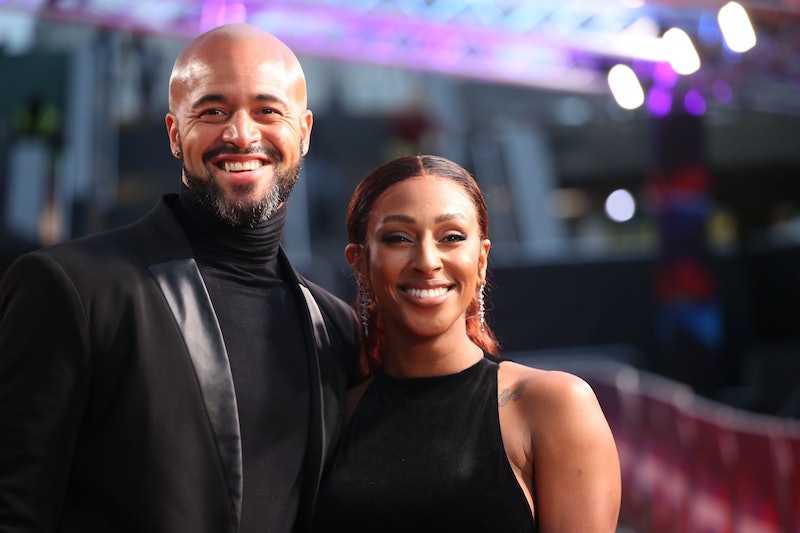 Following in the famous footsteps of Princess Diana and Meghan Markle, Alexandra Burke and her footballer partner Darren Randolph announced the were expecting on Valentine’s Day 2022. And now congratulations are in order: the couple welcomed their first child, sharing the adorable announcement via Instagram. Although they haven’t yet revealed the baby’s name or sex, they have shared a sweet nickname: “Welcome to the world our little grape. We already love you more than words can say,” read the caption, complete with grape, love heart, and world emojis.

After the announcement, Burke went on to share that both she and Randolph were continuing to work as usual. “Btw - we are working away as usual! I’m still busy in the recording studio working on Album 4 which will be released this year. Plus I’m excited to start rehearsals for @josephmusical on Monday and look forward to appearing in the show until Cardiff, before taking some time off and rejoining in Milton Keynes in September as planned.” The busy musical theatre star has also founded a diabetes and stroke awareness charity called the Melissa Bell Foundation. But who is Darren Randolph and how did he and Alexandra Burke meet?

First things first. Darren Randolph is a professional footballer, and is currently the goalkeeper for West Ham United and the Republic of Ireland national team. Burke, of course, won season five of The X Factor in 2008, and made it to the final of Strictly Come Dancing in 2017. She has worked with Epic Records, RCA Records, Syco Music, and appeared on The Great Celebrity Bake Off in 2021. As to how she and Randolph met, there really is little-to-no information on this. According to the Sun, they were first introduced in April 2021.

Dating rumours surfaced around the time and the pair confirmed their relationship in June 2021, when Randolph shared Instagram photos of their date at ROKA with the caption “London date night.” In a photo of their taxi ride, the couple were cosied up to one another, putting the dating rumours firmly to rest. Burke and her previous boyfriend, Angus McDonald of Rotherham United, split in October 2020.

Since confirming their relationship, Burke and Randolph have made several appearances together, including at the premiere of Dune in September 2021. They received a number of high-profile congratulatory responses to their baby joy, with well wishes from Stacey Dooley, Zoe Sugg, and Oritse Williams, and were pictured smiling with joy mere hours after their big announcement in Soho, London, on Valentine’s Day, per Metro.