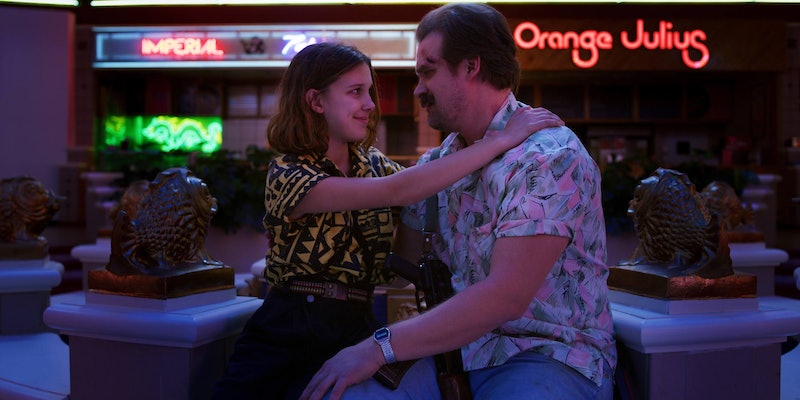 Friends don't lie, so when one half of the Duffer brothers says that Stranger Things Season 4 isn't the end for the Netflix thriller, we believe him. According to co-creator Ross Duffer, he and his brother, Matt Duffer, know when their hit show will end. And despite what they may have said in the past, the fourth season won't be the final chapter.

"Season four won’t be the end. We know what the end is, and we know when it is," Ross told The Hollywood Reporter (via Nerdist). "[The coronavirus pandemic] has given us time to look ahead, figure out what is best for the show. Starting to fill that out gave us a better idea of how long we need to tell that story." According to TVLine, Ross didn't reveal how long the series will continue and a Netflix rep declined to comment.

This is quite a change from what the co-creator said back in 2017, when Ross spoke with Vulture about Stranger Things ending with Season 4. "We’re thinking it will be a four-season thing and then out," he said at the time. A fourth season was confirmed in September 2019, alongside a creepy teaser. Again, it's unclear how many more seasons there will be, but producer Shawn Levy hinted to Entertainment Weekly in September of 2017 that they felt confident Netflix would support going beyond four seasons. "Hearts were heard breaking in Netflix headquarters when the Brothers made four seasons sound like an official end, and I was suddenly getting phone calls from our actors’ agents," he joked. "The truth is we’re definitely going four seasons and there’s very much the possibility of a fifth. Beyond that, it becomes I think very unlikely." Ross also added that the series was never "intended to be a seven-season thing."

Really, all that matters at this point is the certainty that Stranger Things will extend past Season 4. As for when the fourth season will begin streaming, well, that's hard to say. Production shutdown in March due to coronavirus, David Harbour (aka Hopper) told TVLine in June. "We don’t really know what the future holds," Harbour admitted about resuming filming. "I don’t feel like anybody knows. We're all playing it by ear. We want to get up and running as soon as possible."