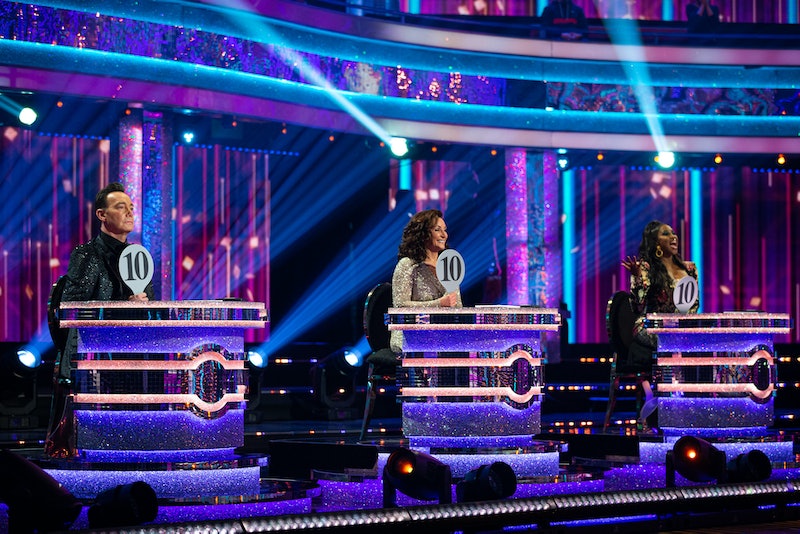 Strictly Come Dancing has provided a glittery sense of normality during the run up to Christmas this year. While Christmas markets were canceled and shops closed throughout November there’s something comforting about watching Bill Bailey shake what his mama gave him come Saturday night. The celebs and professionals had to get used to performing for the judges alone but Strictly Come Dancing may be bringing back a live audience. As if the run up to the final wasn’t nerve wracking enough, the celebs may get to experience what it’s like performing for a room full of (socially-distanced) spectators.

When Will The Audience Return?

Fans questioned whether Strictly would even be possible this year and the show took precautions to ensure everyone involved was as safe as possible. This included sitting the judges apart and ensuring that the production team created bubbles to fall in line with restriction guidelines. However, as the government introduced the new tier system an audience may be able to return.

Strictly is filmed at Elstree Studios in Hertfordshire which is in tier two. This means that different households can meet at the venue so long as they’re socially distanced and don’t mix.

How To Get Tickets For Live Strictly Shows This Year

In previous years managing to bag tickets to the Strictly Come Dancing live shows would be a big deal. However, in 2020 they’ll be like gold dust. You can normally get tickets through the BBC website. However, currently it says, “no tickets will be sent out for December shows until we are sure it will be safe and compliant to welcome audiences back, so please keep checking back for updates. We will continue to follow government guidelines.”

Before the second lockdown the draw for tickets to the live shows had closed and the people who didn’t get any were put on a waiting list. People were being asked to attend in their households with no more than four people. If an audience returns then social distancing measures will be put in place and you’ll have to wear a mask in the studio and during recording.

The website reads, “Because space in the studio is at a premium and we expect a huge demand for tickets, anyone who is successful in the random draw will be guaranteed admission. Each family group will be given an arrival time and will be asked to confirm their attendance ahead of the recording. As the seats are guaranteed, you should not arrive before your allocated arrival time.”