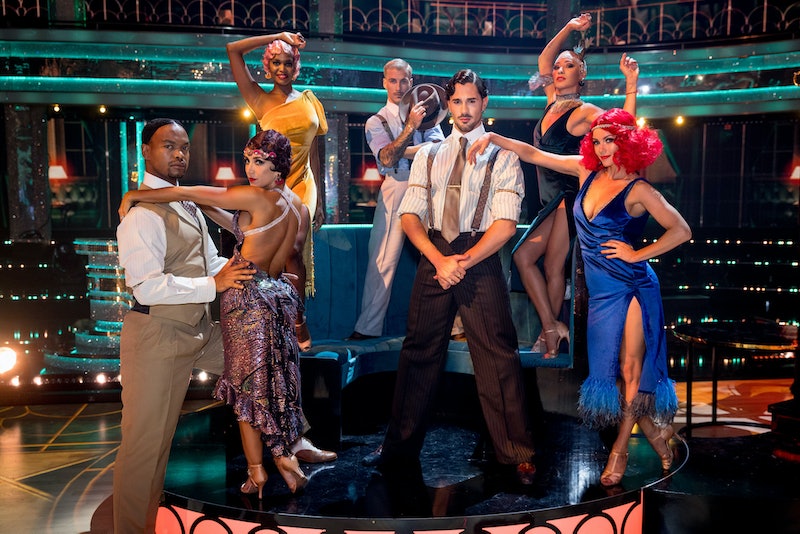 For a lot of people in the UK, Strictly Come Dancing marks the start of autumn. But with the COVID-19 pandemic affecting so many classic TV shows, viewers were concerned about whether Strictly Come Dancing will return in 2020, and what it would look like if so. The show has been described as the jewel in the BBC’s crown and between the live audience, celebrity couples, and judges, it has so many components. But will it have to change to compensate for the lockdown rules or will they just cancel it all together?

Speculation around whether or not Strictly would return for its 18th season began towards the end of March, with fans becoming worried after a number of BBC shows, including Eastenders and Peaky Blinders, announced changes to their airing schedule in light of COVID-19.

The good news for fans is that the BBC confirmed their flagship dancing competition will be back in our living rooms this autumn. The dance competition is scheduled to be filmed on Oct. 12, with the live shows starting on Oct. 24. but it will be a bit different from previous years?

The Radio Times reports that the BBC’s Entertainment Controller Kate Phillips confirmed the show’s return at the Edinburgh TV Festival. “It is a slightly shorter run,” she said back in August. “But, apart from that, I don’t think it will be a lesser show at all.” Phillips explained how the professionals have been isolating ahead of the show and the Mirror shared photos of them arriving at a top secret hotel in Buckinghamshire as production is under way.

Before the much-anticipated celebrity line-up reveal, Phillips explained how the professionals had been isolating ahead of the show and the Mirror shared photos of them arriving at a top-secret hotel in Buckinghamshire as production is underway.

In early September Strictly’s 2020 celebrity line-up was finally revealed and, after months of speculation, it was confirmed that the show would welcome its first same-sex couple. The celeb taking up the mantel is none other than boxing legend Nicola Adams. Beloved Radio 1 DJ Clara Ama, Made In Chelsea’s Jamie Laing, and former Health Secretary Jacqui Smith with also be heading for the dance floor.

This year’s cast is certainly excited to dazzle the judges and enjoy some sequinned escapism in our current times. “As we know this year has been a real challenge and escapism through dancing is something I know we all enjoy," said Amfo following her Strictly announcement.

While there'll certainly be all the glitz and glamour of previous years, the Strictly experience will differ considerably for the 2020 contestants.

Following government guidelines, the celebrities will be staying in a hotel for two weeks ahead of pre-recording all the group dances, confirm BBC News. The celebrities will then form a bubble with their pro partners before rehearsals with them can get underway.

According to judge Bruno Tonioli, who spoke to The Sun, the dancers will not be wearing masks "as everyone is being tested regularly."

And the show’s regular testing has actually seen a positive coronavirus result from one of the contestants. Youtuber and pop star HRVY confirmed testing positive for the virus on Thursday, Oct. 1. Luckily, eight days later, on Oct. 9, HRVY had another test that came back negative, meaning everything can go ahead as planned.

As for Tonioli's role in this season, he will feature virtually for the first five episodes of Strictly as he is simultaneously working on the U.S. version of the show. However, he will return to the panel in person for the last four shows of the season.

Speaking to The Sun about how his will be involved for the first five episodes, Tonioli said: “I won’t be part of the main show giving scores as I’m not in the studio. That would be unfair and also it’s a bit naff, as I wouldn’t be able to see the overall picture of the dances. You have to be there to do that. So they are sending me a link featuring all the dances which I’ll watch and then give my tips and opinions that will be shown in the results show later on. I’ll leave the scores for the three other judges. They know what they’re doing.”

Per BBC News, Strictly’s preventative COVID measures also include a reduced studio audience for the live shows, and they won’t be filming their regular Blackpool and Halloween episodes.

More like this
A Former 'Strictly' Star Is Set To Make A Sensational Return To The Show
By Bustle UK
5 Biggest Takeaways From Channel 4's 'Untold: Life After Love Island'
By Sophie McEvoy
We’ve Got A Text! Another 'Love Island' Series Is On The Way
By Darshita Goyal
Twitter Can’t Get Enough Of The Romance In 'Ekin-Su & Davide: Homecomings'
By Sophie McEvoy
Get The Very Best Of Bustle/UK