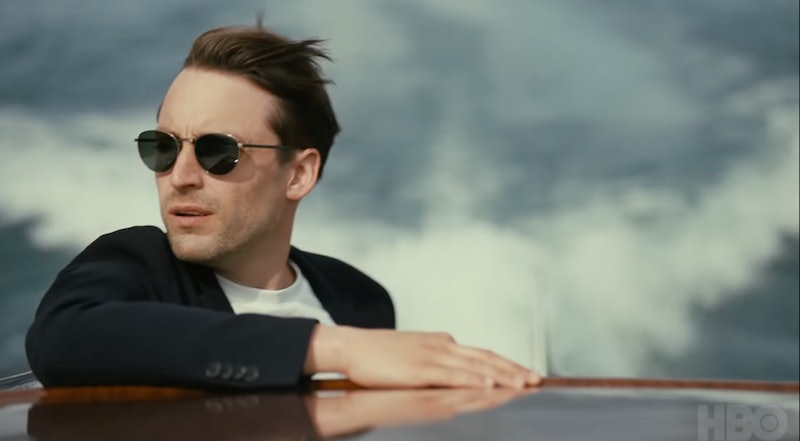 The last anyone heard from the Roys during the Succession Season 2 finale, Kendall had thrown his dad under the bus (or, rather, off the proverbial cruise ship) in front of a global audience — finally proving he’s the “killer” Logan never thought he could be. The Number-One Boy turned his sadness into anger and escaped from his family’s grip in a mic-drop moment. The fallout will surely see the Roys and Roy-adjacents, like iconic duo Greg and Tom, at their best and messiest.

Fortunately, Season 3’s slate of guest stars, which grows by the day, will be there to help the Roys along. If nothing else, they’ll at least exacerbate the tension in classic Succession style. And it may not be long before viewers start to see it all unfold on-screen: With filming underway and a flurry of cast and behind-the-scenes additions to get excited about, the next installment of the show is shaping up following a long COVID-related delay. As you count down the days, here is everything you need to know about Succession Season 3 so far, including updates on its star-studded cast, filming, first teaser trailer, premiere date, and more.

By the end of Season 2, Kendall, played by Jeremy Strong, appears to be pleased with himself and feeling vindicated. Nicholas Braun’s character Greg came along for the reveal — and supplied Kendall with those damning cruise documents — which might be confirmation that he’s switching his allegiance from Tom (Matthew Macfadyen) to Kendall. According to HBO, the season will see “tensions rise as a bitter corporate battle threatens to turn into a family civil war.”

Last June, actor Brian Cox told ET Canada that he had been given a closer look at the plans for Season 3, which will span eight episodes instead of the usual 10. “It’s extraordinary,” he said, though he couldn’t reveal more about the patriarch’s arc. The season’s official logline teases:

“Ambushed by his rebellious son Kendall at the end of season two, Logan Roy begins season three in a perilous position, scrambling to secure familial, political, and financial alliances. Tensions rise as a bitter corporate battle threatens to turn into a family civil war.”

Aside from the July teaser trailer, not much else is known about Season 3, but the character descriptions of its recently announced guest stars certainly hint at the plot.

The core Succession cast will return along with its unforgettable supporting ensemble, but Season 3 will also welcome a long list of new guest stars. Most recently announced was Adrien Brody, who will play “Josh Aaronson, a billionaire activist investor who becomes pivotal in the battle for the ownership of Waystar,” according to Deadline. Big Little Lies’ Alexander Skarsgård will also join the season as “Lukas Matsson a successful, confrontational tech founder and CEO.” And Hope Davis will play Sandi Furness, daughter of Sandy Furness, who tried to take over Waystar Royco.

The big names aren’t just on-screen, though. As reported by Vulture, Hustlers director Lorene Scafaria shared a photo from set captioned “family time w/ the Roys,” pointing to a creative role for the acclaimed filmmaker.

Succession filmed in New York in winter 2020, according to Backstage. You might have already spotted some of the photos and videos of Strong strutting down city streets, as he does. Justine Lupe, who plays Willa, shared a behind-the-scenes snap of herself and co-stars Sarah Snook (Siobhan) and Zoe Winters (Kerry). They’re donning masks and face shields in the candid, but none of their gear looks silk or particularly Roy-esque, so perhaps Season 3 won’t tackle COVID in-universe.

On Sept. 17, HBO released the full trailer for Season 3. It features a revolution of sorts, plenty of backstabbing and drama, and an all-out war over the company.

According to Casey Bloys, the chief content officer at HBO and HBO Max, a fourth-quarter premiere for Succession Season 3 was always the goal, save for any serious COVID delays. On Aug. 23, HBO announced the new season would come in October but still held out on giving a specific date. Almost a month later, HBO confirmed Succession’s Season 3 release date is Oct. 17.

As everyone awaits the premiere, the cast’s social accounts offer the occasional glimpse into Season 3. Braun, for example, posted a photo on Instagram of him suited up and standing in front of the Waystar Royco building. Channeling Greg, he wrote, “I am an employee of this company, and that’s about all I can say about that!”

More like this
The First Trailer For 'That '90s Show' Includes So Many Nods To The Original Series
By Jack Irvin, Alyssa Lapid and Grace Wehniainen
Theo James Revealed The Truth About His 'White Lotus' Nude Scene & Fans Can't Cope
By Stephanie Topacio Long
The ‘Emily In Paris’ Season 3 Trailer Teases Major Career & Love Crossroads For Emily
By Bustle Staff
The 'Love, Lizzo' Harry Styles Scene Is Just 1 Moment That Made Fans Feel Seen
By Brad Witter
Get Even More From Bustle — Sign Up For The Newsletter