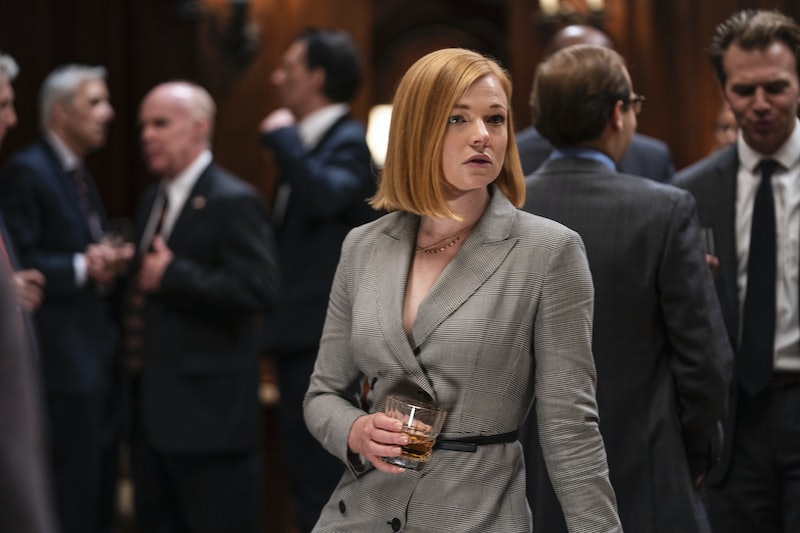 While some shows suffer a sophomore slump after a breakout debut season, HBO's Succession not only avoided that fate… it somehow got even better in its second go-round. With the amount of buzz the show gained this year, expectations will be high for Succession's Season 3 premiere, whenever it comes. While Season 1 was a respectable hit for the network — earning a Best Drama Series nod in a crowded field and even taking home a trophy for Best Writing at last month's Emmys — Season 2 has been firing on all cylinders, picking up popular buzz and critical acclaim left and right as the Roys have scrambled to maintain control of their embattled company. With a "blood sacrifice" to come in the Season 2 finale, fans are sure to be left with an agonizing wait for Season 3.

The timing of that third season could be very fortuitous indeed for the show and its scathing brand of satire. While HBO hasn't yet announced an official premiere date for Season 3, it's easy to guess when it'll be hitting the airwaves. For its first season, HBO gave the series a relatively safe summer time slot, debuting in June of 2018; for Season 2, Succession received the more prestigious fall berth, running from August through October 2019. Now that it's even more of a hit for the channel, there's no reason not to expect Succession to return for Season 3 in that same coveted fall slot — which would put it dangerous (or perfectly) close to another landmark event in the fall of 2020.

If Succession does indeed return in August of 2020, it will be unveiling its third season in the midst of the run-up to the November 2020 Presidential election. What could be more fitting for a show so steeped in our modern political and cultural moment — on which one of its very own characters is running for President? Could creator Jesse Armstrong be in the process of crafting a third season that culminates in the election of President Connor Roy less than a month before the nation decides its own POTUS?

That would also place Season 3 squarely in the midst of Emmy season, just as Season 2 was airing in the midst of voting this year, when the show was up for its first season — a factor that probably helped with that Best Writing win. With its increased buzz in Season 2 (and without HBO's own Game Of Thrones sucking up all the oxygen in the room), Succession is sure to pick up even more nominations in its sophomore year, adding some acting nods to its recognition in the Series, Writing, and Directing categories.

Voters will surely have no lack of options to choose from in Season 2 when it comes to potential Acting nominees, including Brian Cox as the embattled Logan; Jeremy Strong, Kieran Culkin, and Sarah Snook as the main Roy children; supporting players like Matthew Macfadyen's Tom and J. Smith-Cameron's Gerri; and new additions like Holly Hunter's Rhea and Cherry Jones' Nan Pierce.

If the Trump administration and its culture of "Fake News" has given Armstrong plenty of fodder for his series over the past two years, just imagine what juicy material the upcoming election campaigns will provide for Season 3. As if the threat of a "blood sacrifice" in the Season 2 finale wasn't enough to tease a major shake-up next year, Succession may look dramatically different as its characters — and its viewers at home — head even deeper into the throes of election season.

Succession has always hit uncomfortably close to home… and that's certainly not going to change when the show returns for Season 3 next fall.