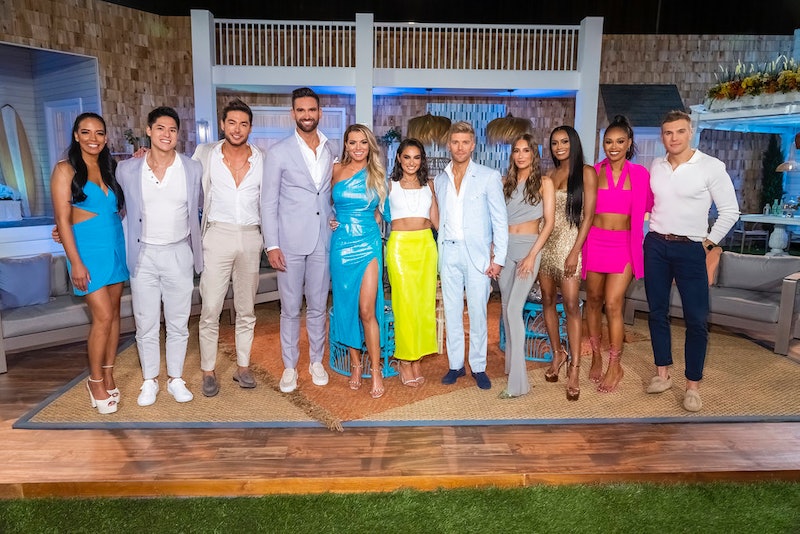 As the Summer House Season 6 reunion comes to a close on May 16, Bravo has yet to renew the reality series for a seventh season. Given the show’s popularity — which already spawned the Winter House spinoff — viewers can likely expect more episodes. With summer right around the corner, the answer should be revealed soon enough either way if cast members will start heading to the Hamptons with Bravo cameras in tow for Summer House Season 7.

Another good sign? Summer House ratings saw a slight rise in Season 6, with the first part of the reunion pulling in a reported season-high 683,000 viewers, a single-episode viewership that the show hadn’t reached in roughly two years. (Part two of the reunion had not yet aired when this data was collected.) By comparison, Season 5’s highest-rated episode had about 616,000 viewers in total.

As you await Bravo’s announcement either way, here’s everything to know about a potential Summer House Season 7 in the meantime.

Part one of the Season 6 reunion revealed plenty of lingering drama since filming wrapped last year. Among the cast members still at odds are Paige and Lindsay, as well as Ciara and Danielle. “I’m just uncomfortable,” Paige explained after host Andy Cohen noted that she was avoiding eye-contact with OG cast member Lindsay. “I feel like there’s clearly a divide. When you come in as a new person, it’s very hard to get into the group that was here first season.” Meanwhile Danielle has yet to forgive Ciara, who threw a wine glass at her this season, explaining that “because so much time has gone by,” she has since “developed so much hatred” for her co-star.

There have been plenty of happy relationship developments, too. For one, Paige and Craig confirmed their relationship in September 2021 and are already discussing an engagement — but don’t expect to see any on-camera proposals. “I think if you guys ever saw it, the answer would be “no” from Paige,” Craig explained on the May 11 episode of the Behind the Velvet Rope with David Yontef podcast, adding that they try to keep some milestones “outside of the camera’s reach.” He cautioned that they would have to be together at least a year before he popped the question.

After dubbing Season 6 as “Hot Hubbs Summer,” Lindsay and Carl announced in January 2022 that they were officially dating. Last summer, Carl also shared with his housemates that he was about six months sober, and revealed at the reunion that he was just shy of reaching 15 months of sobriety. Meanwhile, Kyle and Amanda are now married, which could shift the dynamic, should they return for a potential seventh season.

So far, Bravo has generally premiered new Summer House seasons around mid-January and early February. Most recently, the network confirmed Season 6 with the official cast reveal in December 2021 ahead of a January 17 premiere date. If production follows the same schedule, expect to see more Summer House in early 2023.

This post will be updated as more details about Summer House Season 7 become available.

More like this
Taylor Armstrong Would “Definitely” Return To RHOBH After Her Season 3 Exit
By Brad Witter
Which RHODubai Housewife Has The Biggest Net Worth?
By Hugh McIntyre
‘RHOA’s Shereé Whitfield’s Boyfriend Tyrone Gilliams Hinted He’s Single
By Brad Witter
‘RHOBH’ Star Sutton Stracke’s Ex-Husband Helped Her Get Very Rich
By Brad Witter
Get Even More From Bustle — Sign Up For The Newsletter