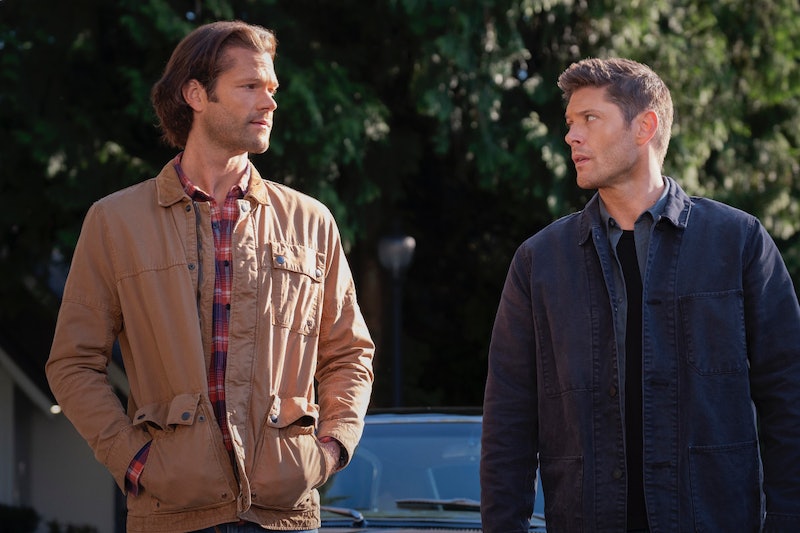 After 327 episodes and 15 seasons, Eric Kripke's cult hit Supernatural is finally coming to an end. Stars Jared Padalecki, Jensen Ackles, and Misha Collins made the announcement in a March 2019 Instagram video. "We just told the crew that though we're very, very excited about moving into our 15th Season, it will be our last," Ackles said. "It will be the big, grand finale of an institution. I will say this, a little word from Eric Kripke, the creator about this world and these characters, that in a show about family, it is amazing and it is the pride of his life that it became a family. So thank you guys for that."

It's fitting that it was the actors who announced the end of the show. Per The Hollywood Reporter, CW president Mark Pedowitz often said that Supernatural would keep going as long as Padalecki and Ackles were willing to continue. "As long as the ratings hold up and the guys want to do it, we’re in," Pedowitz told journalists at the 2019 Television Critics Association's winter press tour. "It’s really that simple. They have created something of these two brothers ... [I]f I could find a way that it stays the whole time on and it still holds up and the studio can still figure out how to do it, we’re all in."

For a show that began as a scribble in Kripke's notebook about "two brothers on a road trip," Supernatural has come a long way. It was originally written as a five season arc, beginning with Sam and Dean hunting down supernatural terrors while searching for their missing father and ending with them face-to-face with Lucifer. But the series continued even after Kripke stepped down as showrunner. Finding ways to top a literal face off between Satan and the archangels was difficult, and each season saw varying degrees of success. "In comparing the first five seasons to what came after, it becomes clear that there are two versions of Supernatural," Kaitlin Thomas wrote for TV Guide. "If Season 5 had been the end of the Winchesters' story, it's likely the show's legacy would be very different than it is now ... The longer a show goes on, the more opportunities there are for mistakes and missteps, and Supernatural certainly made a few along the way."

Over the years, Supernatural was criticized for queer baiting its audiences, and many of its marginalized characters were often written out or killed off after a season or two. Still, Sam and Dean continued to resonate with fans, embodying what The Chicago Tribune called "everyday superheroes." "They are underdogs that show up even when the odds are against them," wrote Darcel Rockett. "They use knowledge, experience and will to get things done, which usually equates to saving lives and/or the world."

Supernatural certainly knew how to have fun. It was a world where vampires, mermaids, and demons existed. There were shapeshifters who robbed banks, time loops, and an angel who trapped Sam and Dean in a TV world. Though proposed Supernatural spinoffs have been unsuccessful in the past, it wouldn't be surprising if The CW eventually revived its most successful franchise. As Ackles wrote alongside the final season Instagram announcement, "One more round for the Winchester brothers. Though nothing ever really ends in Supernatural...does it?”

More like this
Netflix Shut Down 'Bridgerton' S3 Rumours About A “Very Dark” Storyline
By Bustle
Everything To Know About 'RHONY' Season 14
By Jake Viswanath, Alyssa Lapid and Brad Witter
'The Queen’s Gambit' Season 2 Tweet Wasn’t From Anya Taylor-Joy
By Mary Kate McGrath, Jack Irvin and Grace Wehniainen
'RHOSLC' Star Jen Shah Refuses To Do A Post-Sentencing Interview With Andy Cohen
By Brad Witter and Jake Viswanath
Get Even More From Bustle — Sign Up For The Newsletter
From hair trends to relationship advice, our daily newsletter has everything you need to sound like a person who’s on TikTok, even if you aren’t.