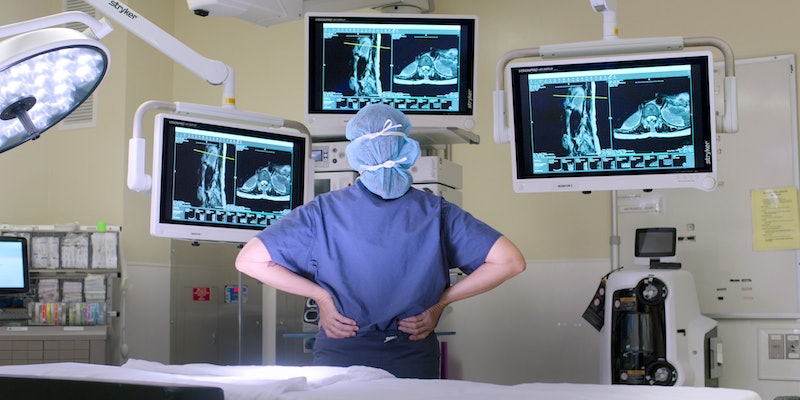 Given how much tragedy defined 2020 — and the horror show that 2021 is already shaping up to be — watching a show about death probably isn't top of mind for most people. But the new Netflix series Surviving Death isn't as morbid as it sounds. Instead, it's a pretty fascinating examination of what might happen after we die.

Since its premiere on Jan. 6, the docuseries has climbed to No. 7 on Netflix's most-watched U.S. shows. But that doesn't necessarily mean viewers can expect a second season. The show is based on the book of the same name by Leslie Kean, investigating paranormal phenomena like past lives, near-death experiences, and mediums. But it isn't a strict adaptation, as the book was used mainly as a jumping off point and focuses more on "personal stories about encountering the afterlife," according to The Guardian.

Ricki Stern directed and produced the series for Netflix, and her recent history suggests that Surviving Death is likely limited to its already released six episodes. Her previous project was the similarly titled (but drastically different) Surviving Jeffrey Epstein, which was a four-part docuseries. Before that, she helmed the five-part docuseries The Preppy Murder: Death in Central Park. So it seems likely that Surviving Death is simply the latest limited docuseries from Stern, who seems to have found her niche in the genre.

More like this
Filming For 'Bling Empire' Season 3 Picked Up Right After Season 2’s Drama
By Gretchen Smail
Andrew Gray Returned To 'Bling Empire' In Season 3 To Make Amends
By Brad Witter
The 'Love Is Blind' Season 3 Teaser & Release Date Are Here & The Cast Is "All In"
By Kadin Burnett, Grace Wehniainen and Gabrielle Bondi
Kevin Kreider Finally Asked Out Kim Lee On 'Bling Empire'
By Brad Witter
Get Even More From Bustle — Sign Up For The Newsletter