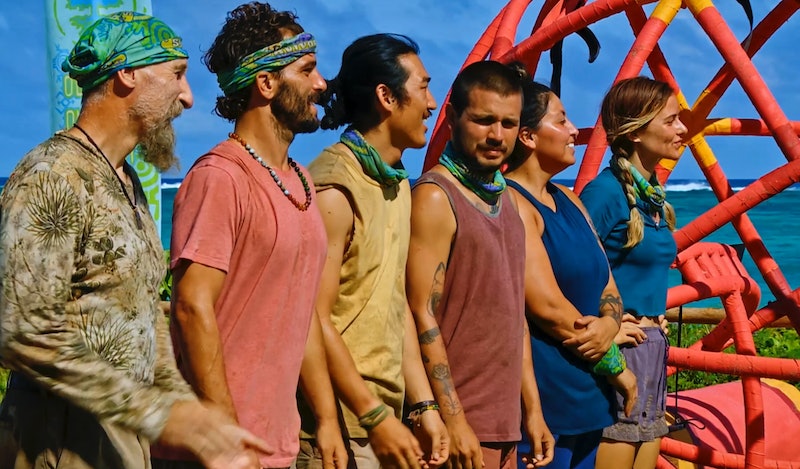 Though Survivor has gone through several changes throughout its decades-long history, one thing has remained constant: host Jeff Probst. So when Survivor Season 44 kicks off this year, it comes as little surprise that the Emmy Award winner will continue to serve as the face of the franchise.

“It’s impossible to describe what Survivor represents to me. Impossible,” Probst, who also serves as showrunner, explained to Entertainment Weekly in an interview published on Dec. 7. “It goes beyond creative expression or professional recognition. It's much deeper. It's right in line with the ideas I try to impress on our players. It's about pushing myself further than I think I can go, about trying to stay in the moment and adapt to my surroundings, about being a good 'tribe member,' about being open to new ideas and new people. The same opportunities Survivor offers the players, it offers me. I love Survivor and I still need Survivor.”

Even with an astounding 43 seasons already to CBS’ reality competition’s credit, viewers also still seem to need Survivor just as much. Here’s everything we know about the non-themed Survivor 44 so far.

What Is The Survivor Season 44 Release Date?

On Nov. 14, Probst announced in a self-filmed car video that Survivor 44 will premiere with a special two-hour episode on Wednesday, March 1. “Survivor continues on,” he teased, promising “more details” to come as the date draws closer.

What Is The Survivor Season 44 Location?

As has been the case since Season 33 in 2016, Survivor has filmed in Fiji’s Mamanuca Islands, and that will continue to be true of the upcoming season, which CBS reportedly shot back-to-back with Season 43. “The decision to change the game to 26 days came from the fact that we couldn't leave our bubble,” Probst explained in 2021 of the shortened installments. “So if we wanted to shoot two seasons, we had to do it back to back. For us to shoot two seasons of 39 days, back-to-back, along with our 14-day quarantine, would have meant nearly 100 days, and that was simply too long.”

Who Is In The Survivor Season 44 Cast?

So far in Survivor’s 22-year history, there have only been two casting producers, whom Probst credits for finding the show’s most “electric, likable, diverse, layered” and “iconic” players. Probst told EW that they’re focusing on “the excitement of new players” for now, but “you never know when an idea will spark and we’ll be picking up the phone to start calling former players, hoping they say yes!”

Meanwhile, Survivor's “new era” has also coincided with CBS’ diversity mandate in 2020 that every unscripted cast is at least 50 percent Black, Indigenous, or People of Color (BIPOC). “The reality TV genre is an area that’s especially underrepresented, and needs to be more inclusive across development, casting, production and all phases of storytelling,” CBS Entertainment Group’s president and CEO George Cheeks said in a November 2020 statement, per Deadline. “As we strive to improve all of these creative aspects, the commitments announced today are important first steps in sourcing new voices to create content and further expanding the diversity in our unscripted programming, as well as on our network.”

On Jan. 31, the full Survivor Season 44 cast was announced.

This post will be updated as more Survivor Season 44 details become available.