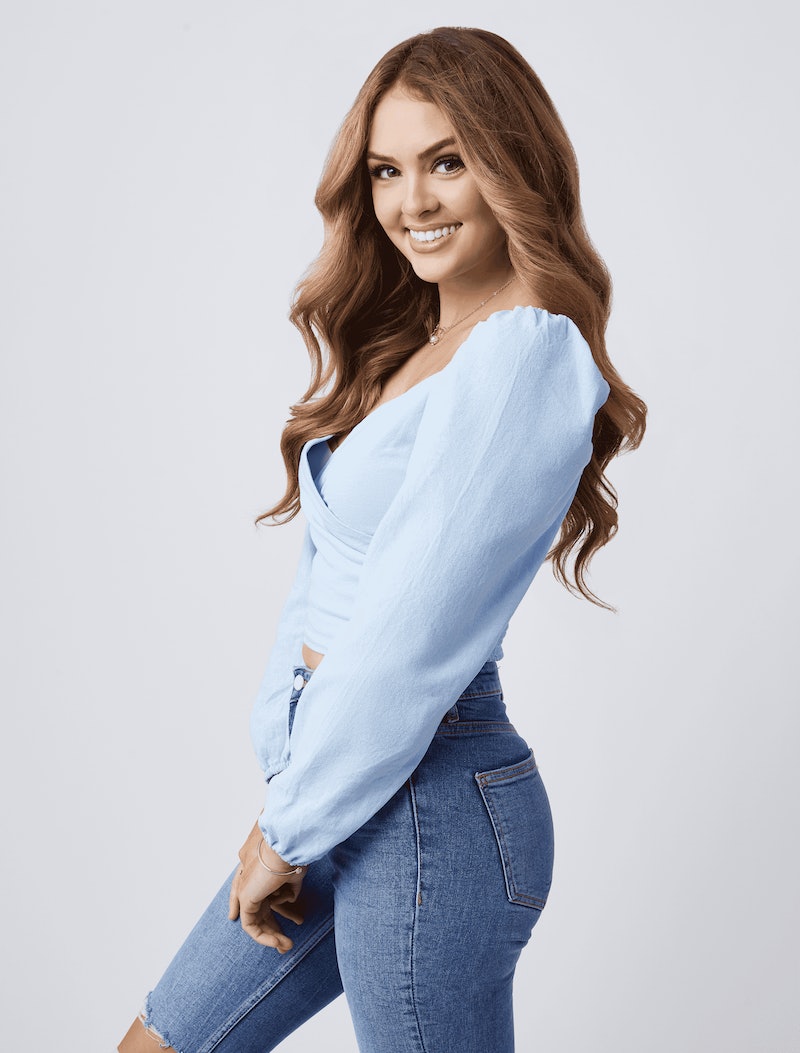 There are a few things you can guarantee in almost every Bachelor season. It will be billed as the most dramatic in the franchise’s history, there will be several arguments about who’s there for the right reasons, and there will be no less than one pageant queen in the cast. On Clayton Echard’s season of The Bachelor, that title falls to Susie Evans, a 28-year old beauty queen from Virginia Beach, Virginia. Here’s everything to know about her ahead of the season premiere.

According to Pageant Update, Susie won Miss Virginia Teen USA 2011 and Miss Virginia 2020. It’s through the pageant circuit that she met Bachelor alum Caelynn Miller-Keyes, who’s also from Virginia. In fact, Caelynn and her boyfriend Dean Unglert — another Bachelor Nation alum — apparently have a bet going about who will make it further, Susie or Dean’s ex Gabby Windey, who’s also competing on Clayton’s season. “Caelynn has a good friend that’s on the season as well, and Caelynn is convinced that her friend will either win or become the next Bachelorette,” Dean said, per Cosmopolitan. “So Caelynn and I have a bet going to whose friend is gonna go further.”

According to Pageant Update, Susie attended Lindenwood University in Saint Charles, Missouri on a full-time scholarship, graduating with a bachelor’s in Digital Cinema Arts and Broadcast Communications in 2015. Now, she puts that degree to use as a video producer. Based on her professional Instagram page, Susie Evans Media, she films and photographs a lot of big life events, including weddings, family reunions, and newborn and pregnancy shoots. Per her Instagram bio, she also works as a fitness coach for Body By Craig, a personal training company that focuses specifically on getting clients pageant-ready. In her spare time, Susie is a Jiu-Jitsu champion.

Susie’s Instagram Is A Love Letter To Her Home State

Susie’s feed is plastered with photos of Virginia Beach, the wetlands of Bull Island, and the low-lit horizons of Chic’s Beach. She also has a saved Instagram story titled “VB Life” chronicling her adventures at Virginia Beach.

But She’s Not Afraid To Venture Far From Home

Per Pageant Update, Susie landed an international performing contract with Tokyo Disney Land after graduating from college. She lived abroad for 26 months, traveling to over 15 cities across Japan and 10 countries during and after the contract.

What Susie Is Looking For

According to her official ABC bio, “what Susie finds sexy is a thoughtful man who prioritizes quality time and creating shared experiences.” She’s looking for a partner who can keep life interesting, but loyalty is key, so she needs someone who she can “trust to her core.” Above all, she “wants someone who will always be there to support and encourage her dreams no matter where those dreams take her.” Only time will tell if those dreams take her to Clayton’s home in Missouri.