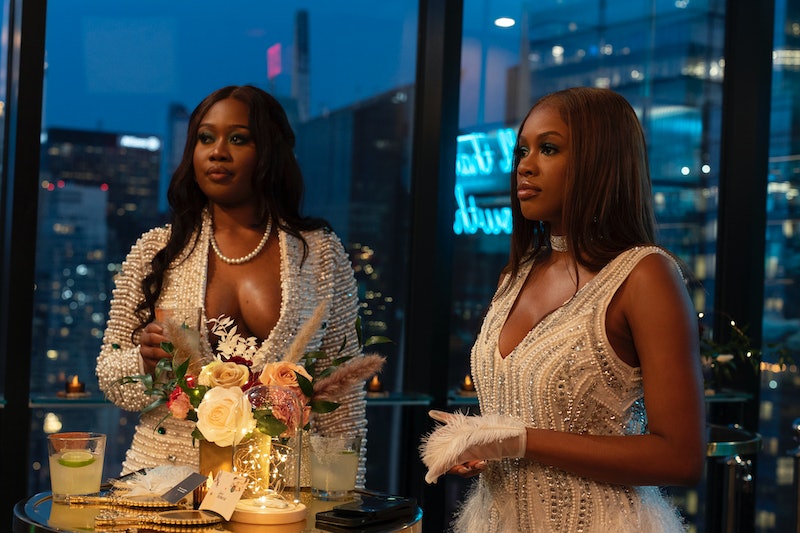 Issa Rae’s reality series, Sweet Life, wraps Season 2 on August 18, closing the book (for now) on the lives, loves, ambitions, and legacies of Black 20-somethings in Los Angeles. A big question circling the show is its renewal, and fans have a right to be concerned about its future. Sweet Life: Los Angeles belongs to HBO Max, which will merge with Discovery+. While no official announcements have been made about the fate of HBO Max’s original series, speculation points to many reality shows getting canceled before the two streamers form into one service platform.

Despite the show’s unknown future, Issa Rae hopped on an opportunity to promote the show, with help from Nope star Keke Palmer. Per Deadline, Palmer took to Twitter to express her obsession with the show’s second season, tweeting, “Sweet Life is giving me everything I need. I done binged season one and almost all of season two in just two days. I need more.” Rae responded, “Y’all heard her?! Catch up on #SweetLifeonMax before the final 3 episodes on Thursday!”

Sweet Life could, in fact, find new life under the combined streaming service. After all, Season 1 aired in August 2021, but it wasn’t renewed until two months later, in October. So, it may take a month or two to learn if Season 3 gets the green light. Here’s everything to know about a potential third season of Sweet Life: Los Angeles so far.

If Sweet Life: Los Angeles does get a renewal, fans will likely see Season 3 no later than next summer. Season 1 released its episodes in four separate batches in 2021: two in August and two in September. The second season spread its episodes across three installments, all of which premiered in August 2022. With production patterns as our guide, it’s a safe bet to assume that the next season of Sweet Life — should it happen — will debut around August 2023.

This post will be updated as more information about Sweet Life: Los Angeles Season 3 is available.

More like this
'Rap Sh!t' Season 2 Is Officially Happening & Will Include "More Seducing & Scheming"
By Brad Witter and Grace Wehniainen
Here’s When You Can Expect More ‘Indian Matchmaking’
By Brad Witter
‘The Ultimatum: Queer Love’ Is Officially On The Way
By Radhika Menon and Kadin Burnett
Netflix's 'Bling Empire' Season 3 Trailer Includes A 'Selling Sunset' Cameo
By Kadin Burnett and Sam Ramsden
Get Even More From Bustle — Sign Up For The Newsletter