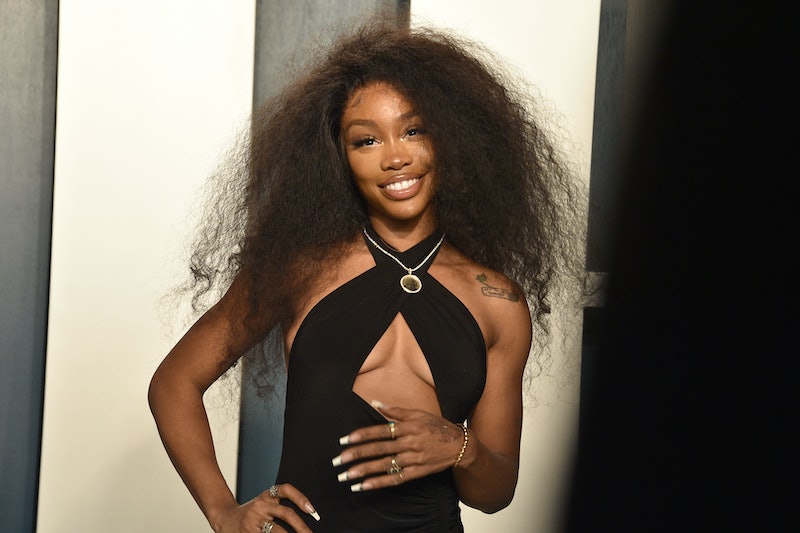 SZA would like to set a few things straight about her past relationship with Drake, thank you very much. In response to his new song with 21 Savage and Metro Boomin', SZA made clear that while she did date Drake, she wasn't underage at the time — the "God's Plan" rapper just got the year wrong in his lyrics. On "Mr. Right Now," Drake raps, "Yeah, said she wanna f*ck to some SZA, wait / ’Cause I used to date SZA back in ’08," but, according to the singer, he isn't telling the whole truth.

"So It was actually 2009 lol," the singer wrote on Twitter a few days after the track was released, adding that "in this case a year of poetic rap license mattered" — she didn't turn 18 until November 8, 2008, while Drake would have been 22-years-old at the time. "I think he jus innocently rhymed 08 w 'wait,'" SZA wrote as an explanation for the rapper's mistake, before noting that "anybody who really knows me and was around during this time can confirm" that they dated in 2009, even if Drake didn't recall that particular fact.

"I just didn’t want anybody thinking anything underage or creepy was happening," SZA added, explaining why she felt the clarification was important. "[It was] completely innocent," she wrote, noting that their romance occurred "lifetimes ago." She also made it clear that she has no hard feelings for her ex-boyfriend, writing that "it's all love [and] all peace" between them.

While SZA didn't offer up any more details about her past relationship with Drake, it's not surprising that she would wait until after he revealed that they dated to talk about her love life. Back in 2017, the R&B singer dodged questions about her relationship status during an interview with The Breakfast Club, hinting that fans could listen to her debut album, CTRL, to learn about her previous romances. "I never really talked about relationships in a direct way" before that record, she explained. "I used to be very metaphorical, very figurative, and also just kind of scared to talk about the way I felt in a literal way."

However, after opening up about her love life — and some "unhealthy relationships" she had been in — on her album, the singer explained that she wanted to focus on her relationship with herself for a while. "I feel like right now, I'm in a space where I've never been before in my life and I don't know anything about myself, so I'm learning about myself," SZA said at the time. "Honestly I think I was in a lot of these unhealthy relationships because I didn't have enough self-love built up and I fixed the way I felt about myself so these situations didn't happen to me anymore. You can't be scared to be lonely."