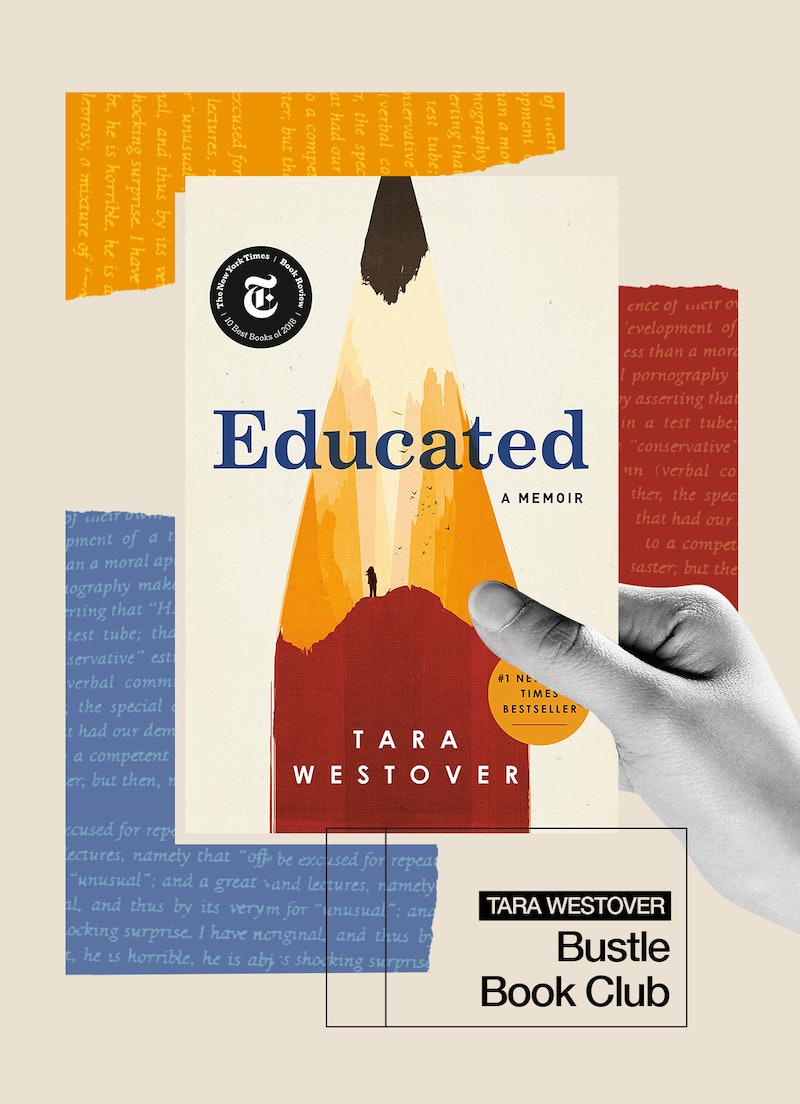 Tara Westover used to suffer for her art. When she was writing Educated, her 2018 memoir about leaving behind her survivalist Mormon family for college, she agonized over each page of the manuscript. “I would write the beginning of something and I wouldn't like it. Then I would write the next part and I wouldn't like that. The experience of it was just beating your head against a wall,” she tells Bustle. Four years later, Educated is out in paperback and Westover is trying to cut down on the head-banging. “I’ve been trying to have more faith in the process,” she says. “I’m just relaxing into it as opposed to punishing myself the whole time, which was my former strategy.”

After publishing the book — which spent more than two years on New York Times bestseller list and was named as one of President Obama’s Favorite Books of the Year — Westover appeared to have overcome the hardships of her childhood. She’d left the remote Idaho town she grew up in to build a financially stable, successful life as a writer. Yet her past continued to haunt her. “I thought I was living this totally different life, but the reality was it wasn’t that different,” she says. “I spent three [years after publication] really trying to get my head around what it means to have grown up the way I did and what the emotional inheritance is of that.”

This journey will inform the emotional core of her sophomore book, which she’s just starting to write. While Westover is mum on the details, she says, “It’s about coming to terms with a background like mine and figuring out what to do with it. How to move forward and not to just keep repeating the same patterns that you’ve had.” She’s still in the throes of writing her first draft, but this time around, she’s actually enjoying the process.

Below, Westover reflects on her method for goal-setting, loving Rachel Cusk’s writing, and her morning coffee routine.

On finding her next read by accident:

I'm reading Second Place by Rachel Cusk. It's really funny because it's a book that turned up at my house and I have no idea how. I have no memory of ordering this book or who told me to order this book. It just arrived one day and I start reading it. I'm loving it so much. I'm loving the language. I don't know anything about [Cusk], but I'm really enjoying this book.

On sitting down to write every day:

I used to blackmail myself: I couldn't have my morning coffee until I sat down to write. That was the deal; it was a little hardcore. Now, I wake up, walk my dog, and have a coffee while I read something. Then I write a little later. I seem to have made a different pact with myself, where I'm allowed the coffee and the reading and the nice hour in the morning to enjoy a book on the understanding that I really will go write for an hour after that.

On setting herself up for success:

I'm a big believer that people should make sure they set achievable goals for writing. I like to set goals that are time-related, not word-related. I say, "I'm going to write for one hour this morning and one hour this afternoon and one hour this evening." For me, working for one hour is an achievable goal. And even if at the end of it I didn't really get much done, the consolation prize is I don't feel like a total failure. That's how I deal with [writing], by organizing scenarios where I'm going to win.

On her plant-filled office:

I have a tiny little office that’s like a really big closet. I have a lot of plants in there and pictures on the walls. I'm a believer in having an ergonomic setup that doesn't put too much strain on your wrists or your fingers or your neck or whatever, so I have a screen and all that kind of stuff and a comfortable chair.

More like this
Watch The Emotional Trailer For Dolly Alderton’s 'Everything I Know About Love'
By Bustle UK
10 Must-Read New Books Out This Week
By K.W. Colyard
Thank U, Ex
By Rosemary Donahue
At 28, Minnie Driver’s Personal Life Was “Falling Apart”
By Kate Dwyer
Get Even More From Bustle — Sign Up For The Newsletter