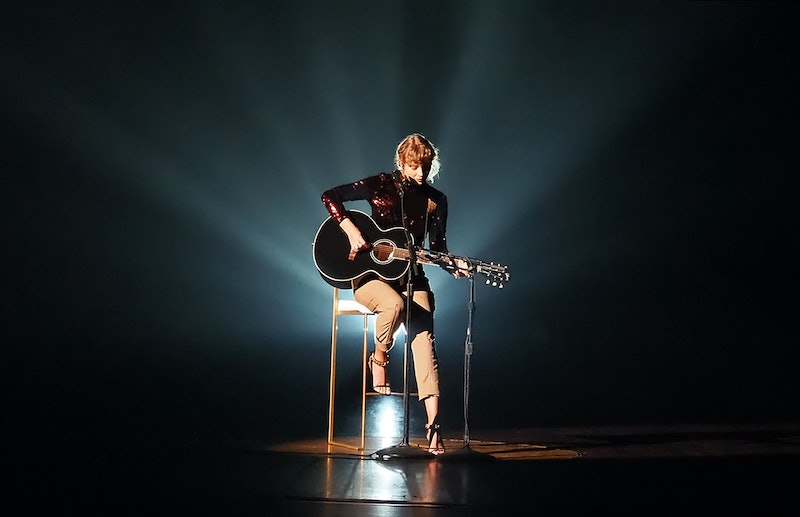 It's been seven years since Taylor Swift performed at the Academy of Country Music Awards, but her rendition of "Betty" at the 2020 ACMs harkened right back to those early days. There were no flashy theatrics, just Swift and her acoustic guitar on a chair in the center of the stage.

Swift grew up playing country music, releasing her debut album Taylor Swift at 16 and becoming a staple of the genre. She later shifted into pop with 1989, but she returned to her roots for this year's ACMs, which were taped in her hometown of Nashville, Tennessee. Swift first appeared at the ACMs in 2007, when she played her single "Tim McGraw" in front of Tim McGraw. She last performed there in 2013, when she sang "Highway Don't Care" alongside Tim McGraw.

A lot has changed for Swift since then. In many ways, she's a completely different artist. But "Betty" shows that vintage T. Swift is still in there. In a true throwback moment, she also styled her own hair, makeup, and outfit for the awards show, which she probably did in those early days, too, when she didn't have a glam team.

Amid such a trash year, it was nice to be transported to 2007 for a few minutes.