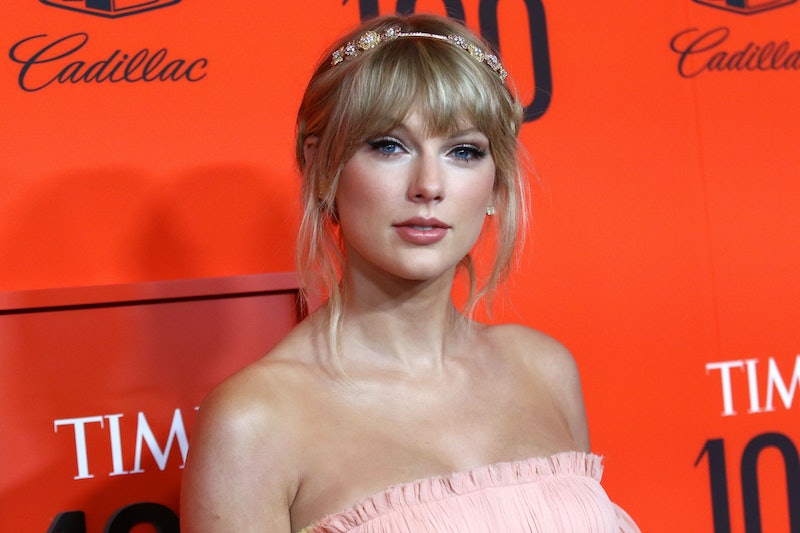 Taylor Swift makes her own rules when it comes to when and how she releases new music, but there is one person she'll make adjustments for. In a Dec. 16 interview on The Howard Stern Show, the legendary Paul McCartney revealed that Swift moved Evermore's release date so that it wouldn't coincide with the release of his McCartney III album. In fact, she moved her release date twice to accommodate the former Beatles member.

During the interview, McCartney said that Swift told him she had a new album coming out, which was something she wouldn't even tell her closest team members. "I did the Rolling Stone cover with Taylor Swift, and she just emailed me recently, and she said, 'I wasn't telling anyone, but I've got another album,'" he recalled. "And she said, 'So I was going to put it out my birthday.' I think it was the 10th."

At the time, McCartney was scheduled to release his upcoming album on Dec. 11, so Swift told him that she was going to move her album to the 18th. However, she ended up changing her release date again when she found out that he moved his date to Dec. 18. "So I mean, you know, people do keep out of each other's way," he said about artists coordinating release dates with each other. "It's a nice thing to do."

While Evermore was obviously not mentioned during their Rolling Stone interview last month, Swift and McCartney spoke about creating albums in quarantine, using pseudonyms for songwriting, and McCartney's love of Folklore's "Peace." Swift even admitted that the song was inspired by her relationship with Joe Alwyn and the media attention surrounding her love life. "I, oftentimes, in my anxieties, can control how I am as a person and how normal I act and rationalize things, but I cannot control if there are 20 photographers outside in the bushes and what they do and if they follow our car and if they interrupt our lives," she said.

When McCartney asked if Alwyn is understanding of all the attention their relationship gets, Swift said he "absolutely" is. "I think that in knowing him and being in the relationship I am in now, I have definitely made decisions that have made my life feel more like a real life and less like just a storyline to be commented on in tabloids," she explained. And although their relationship is constantly in the spotlight, Swift said they're always trying to find "bits of normalcy" in their day-to-day lives.

Lately, it seems the couple has found some sense of normalcy in writing songs together. After Evermore's release, the pop star opened up about collaborating with Alwyn on a few of the new album's songs, including the title track and "Champagne Problems." All I have to do is dream up some lyrics and come up with some gut-wrenching, heart-shattering story to write with him," she said. But fans who are hoping that Folklore and Evermore are part of a trilogy probably shouldn't wait around for more music. "I have absolutely no idea what the next decade holds," she said.

More like this
Everything To Know About Taylor Swift’s 10th Studio Album, 'Midnights'
By Grace Wehniainen and Jake Viswanath
Taylor Swift Wants To Direct A Movie Next — But You Might Have To Wait
By Radhika Menon
'School Of Rock' Changed Joe Keery's Life Forever
By Alyssa Lapid
Jason Derulo Is Launching A New Singing Show In The UK
By Maxine Harrison
Get Even More From Bustle — Sign Up For The Newsletter