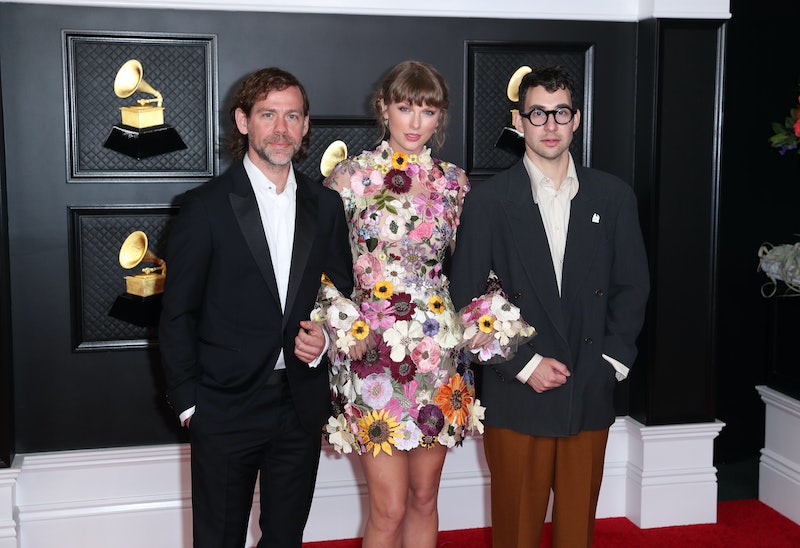 Taylor Swift just released a surprise new song with her Folklore collaborators, and fans are already in their feelings. On July 2, Big Red Machine, the duo comprised of Aaron Dessner and Justin Vernon (a.k.a. Bon Iver), unveiled a new track featuring Swift called “Renegade.” The song is an extension of the experimental folk sounds of Swift’s surprise 2020 albums Folklore and Evermore, with the singer beautifully tackling how to love somebody who simply can’t help but wallow in their own despair.

Swift posted about “Renegade” on Instagram, and shared her gratitude for meeting Dessner while working on Folklore. “I can’t believe I get to work with Aaron Dessner,” she wrote. “When Aaron came into my life, I was ushered into his world of free-flowing creativity where you don’t overthink, you just make music. His generosity of spirit and humility bleeds into every part of his life, and that’s why so many artists have jumped at the chance to be a part of his collaborative project, Big Red Machine. Thanks Aaron for asking me to show up at your party.”

Dessner opened up about collaborating with Swift on “Renegade” in a new interview with Apple Music 1, explaining that they still haven’t stopped writing together even after Evermore. “It's kind of like somehow I ended up on the team with the best player, so you just want to keep passing the ball to her,” he remarked. “Every time we write a song together, we both sort of are a little bit dumbfounded by it, or sort of like how is this possible because it feels like the shoe fits so well somehow.”

The National member also spoke about how he personally related to Swift’s “Renegade” lyrics, and in turn, how the song is the perfect summation of the new Big Red Machine album, which Swift was inspired by when creating her quarantine albums. “I, emotionally, was really struck by the first time I heard it just the way she talks about how anxiety and fear get in the way of loving someone or create an inability for someone to love,” he said. “And I think it's incredibly relatable, but it's expressed in the context of this fairly experimental sound world.”

Of course, Dessner isn’t the only one who feels a deep connection to the song. Swifties have taken to Twitter to share how “Renegade” is their new form of therapy. Just like after Swift released Folklore in July 2020, sad girl (or boy) summer is upon us again.

Fans also poked fun at how Swift takes lead vocals on virtually the entire song, with Vernon only on vocoder-ed backing vocals, despite her being credited as a mere “feature” on “Renegade.”

“Renegade” will be apart of the indie-rock duo’s sophomore album How Long Do You Think It’s Going To Last?, which will be released on August 27 and also include a second collaboration with Swift entitled “Birch.” Even though Swift’s next re-recording, Red (Taylor’s Version), won’t be out until November, Swifties will still be fed this summer.