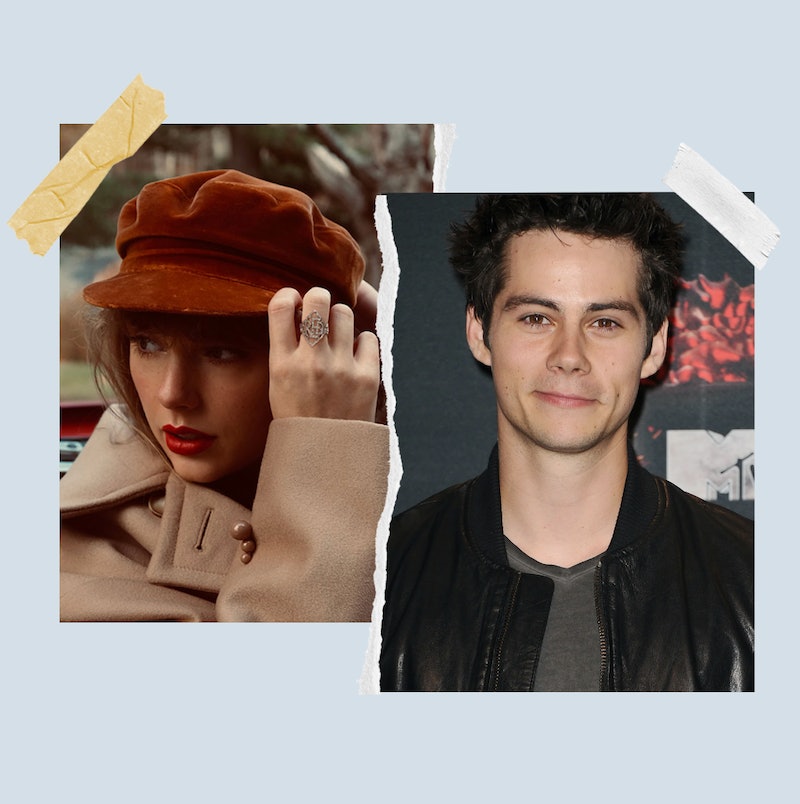 Since the latest Taylor Swift re-recording was announced on June 18, fans have been eagerly awaiting Red (Taylor’s Version). Although many Swifties felt sure 1989 would be the next to be re-recorded, the 11-time Grammy winner revealed that she’d been focusing on her 2012 album instead. In her announcement, Swift shared the album’s release date (which was later updated to Nov. 12), the number of tracks (30), and that she “just couldn’t stop writing” when she was working on it nine years ago. Later, Swift posted a challenge on social media to let fans guess the titles and featured artists; when many fans solved it, she confirmed their answers.

Since then, Swift has given her devoted fans more codes and Easter eggs to solve, including the titles of previously unreleased songs. In her latest, and possibly final tease, before the album’s release, Swift announced on Nov. 5 that she will unleash a short film for the much anticipated “All Too Well” (10 Minute Version) starring Stranger Things star Sadie Sink and Teen Wolf alum Dylan O’Brien. The original “All Too Well” has been deemed as Swift’s best song by fans and critics alike; the song even was ranked No. 69 in Rolling Stone’s updated 500 Greatest Songs of All Time List and No. 1 on the publication’s ranking of all of her songs.

Here’s everything we know about her next release right now.

Red (Taylor’s Version) was initially scheduled to drop on Nov. 19, as she revealed on June 18. However, on Sept. 30, Swift announced that Red (Taylor’s Version) will now drop a week early. “Got some news that I think you’re gonna like,” she teased. “My version of Red will be out a week earlier than scheduled (including the 4-disc vinyl) on November 12th! Can’t wait to celebrate the 13th with you and our new/old autumn heartbreak album.”

After the news was announced, fans speculated that Swift moved her release date up to make room for Adele’s new 30 album, which comes out Nov. 19. The Red re-recording will arrive nine years after the original album debuted on Oct. 22, 2012.

How Many New Tracks Will There Be?

Swifties were blessed with six “from the Vault” tracks on Fearless (Taylor’s Version), which came out on April 9. This time, the singer will be offering up even more. She noted in her Instagram post that fans will get to “hear all 30 songs that were meant to go on Red” for the first time. All told, her 2021 version will include nine “from the Vault” tracks. For comparison, the standard edition of Red comprised of 16 tracks and the deluxe edition had 22.

If it feels like the math doesn’t add up, it’s because the original demo recordings of “Treacherous” and “Red” that were on the deluxe version are being left off the upcoming album. However, among the new-to-Red tracks is Swift’s charity single “Ronan,” which was inspired by a blog post by Maya Thompson, a mother who lost her 4-year-old son to cancer, and first performed by Swift at Stand Up to Cancer in September 2012. The track is named for Thompson’s late son. In a July 30 post, the mom shared that she’d gotten an email from Swift telling her she’d like to include the track on Red (Taylor’s Version) and asking for her “opinion and approval” of the idea. Thompson agreed, praising the singer for “once again giving a voice to the often voiceless.”

Which Track Will Be 10 Minutes Long?

When Swift first announced Red (Taylor’s Version), she said one of the songs “is even ten minutes long.” Thanks to her Aug. 6 update, we now know that honor goes to “All Too Well.” Two versions of the ballad appear on the full track list, with one being dubbed the “10 Minute Version.”

In her latest, and possibly final tease, before the album’s release, Swift announced on Nov. 5 that she will unleash a short film for the much anticipated “All Too Well (10 Minute Version)” starring Stranger Things star Sadie Sink and Teen Wolf alum Dylan O’Brien. As revealed in an Instagram post on Nov. 11, All Too Well: The Short Film was written and directed by Swift herself and shot on 35MM film with cinematography by Rina Yang. The film will premiere on Nov. 12, the same day Red (Taylor’s Version) comes out, on YouTube at 7PM ET.

The original “All Too Well” has been deemed as Swift’s best song by fans and critics alike; the song even was ranked No. 69 in Rolling Stone’s updated 500 Greatest Songs of All Time List and No. 1 on the publication’s ranking of all of her songs. “No other song does such a stellar job of showing off her ability to blow up a trivial little detail into a legendary heartache,” Rolling Stone’s Rob Sheffield wrote in the ranking of her 199 songs. “(That scarf should be in the Rock and Roll Hall of Fame, though in a way it already is.) You can schaeden your freude all over the celebrity she reputedly sings about, but on the best day of your life you will never inspire a song as great as ‘All Too Well.’ Or write one.”

Will There Be Any New Collabs?

Red originally included two songs featuring other artists: “The Last Time” (featuring Gary Lightbody of Snow Patrol) and “Everything Has Changed” (featuring Ed Sheeran). While Sheeran let slip in late June that he’d recorded with Swift for Red (Taylor’s Version), he was keeping important an important secret: The album includes “Run,” the first song they “ever wrote together” when they first met in 2012, as Swift explained in her Aug. 6 Instagram post.

As for other new collaborations on the rerelease, that information came courtesy of Swift’s word game. The musician later confirmed the collabs also include “Nothing New” (featuring Phoebe Bridgers) and “I Bet You Think About Me” (featuring Chris Stapleton). Swift also noted that she worked with Mark Foster of Foster the People.

As Swift revealed on Aug. 6, the Red (Taylor’s Version) track list is as follows:

Swift made it clear in her June announcement that Red — her final album before she went full pop — was “all over the place” musically and lyrically, comparing it to a “heartbroken person.” She added that it was “a fractured mosaic of feelings that somehow all fit together in the end,” with emotions ranging from “happy” to “confused,” “wild” to “tortured by memories past.” The new tracks will presumably only add to that eclectic mix, and it will be so wonderful to hear.

More like this
Everything To Know About Taylor Swift’s 10th Studio Album, 'Midnights'
By Grace Wehniainen and Jake Viswanath
There's A Taylor Swift Easter Egg In Ryan Reynolds' 'Deadpool 3' Teaser
By Marina Watts
Mariah Carey Is Releasing Her “Lost” '90s Grunge Album
By El Hunt
Lizzo Twerks While Playing James Madison's 200-Year-Old Crystal Flute Onstage
By Radhika Menon
Get Even More From Bustle — Sign Up For The Newsletter

This article was originally published on June 20, 2021