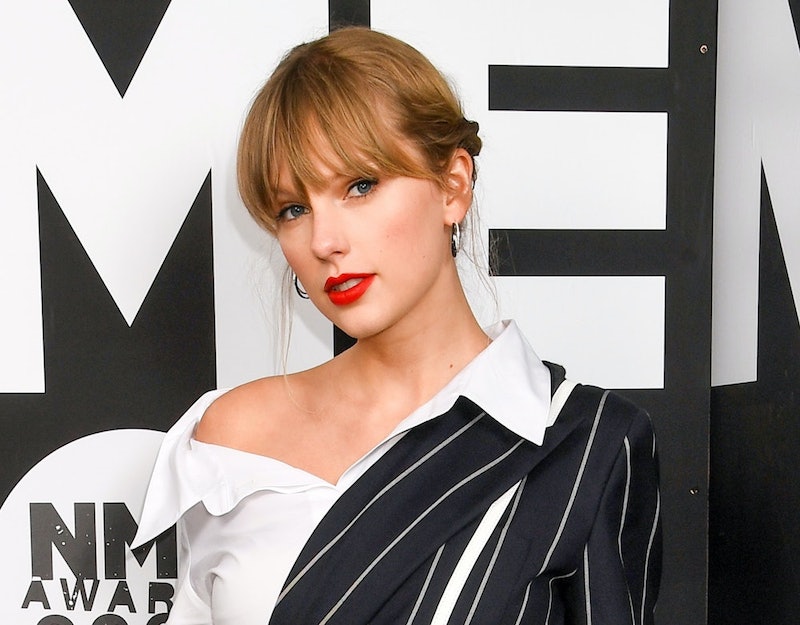 As it turns out, Adam Driver and Scarlett Johansson's fictional marriage woes served as the basis of an emotional Folklore track. In a Dec. 8 interview with Entertainment Weekly, Taylor Swift revealed that the lyrics of her song "My Tears Richochet" were partially inspired by Marriage Story, an emotional drama that follows a bi-coastal couple and their young son as they navigate a messy divorce.

Hailed as one of the outlet's 2020 Entertainers of the Year, Swift broke down her inspiration for the track, which has long been rumored to be about her feud with music executives Scooter Braun and Scott Borchetta. Instead of addressing their fallout, though, Swift said that "My Tears Ricochet" was the result of fixating on divorce and the end of relationships. "I found myself being very triggered by any stories, movies, or narratives revolving around divorce, which felt weird because I haven't experienced it directly," she said.

The singer went on to explain that while the song wasn't written from personal experience, it still felt as if she had gone through it herself. "I wrote 'My Tears Ricochet' and I was using a lot of imagery that I had conjured up while comparing a relationship ending to when people end an actual marriage," she continued. Later, she cited the 2019 Noah Baumbach film as one of her inspirations. "I think I wrote some of the first lyrics to that song after watching Marriage Story and hearing about when marriages go wrong and end in such a catastrophic way," she revealed.

"So these songs are in some ways imaginary, in some ways not, and in some ways both," Swift added. The song could, of course, mean a myriad of things. While the singer has never confirmed it, many fans believe the track chronicles the demise of her working relationship with Braun and Borchetta. "It's a song about how somebody could be your best friend, and your companion, and your most trusted person in your life, and then they could go and become your worst enemy who knows how to hurt you because they were once your most trusted person," Swift said on her Disney+ album special, Folklore: The Long Pond Studio Sessions.

"My Tears Ricochet" could also possibly come from a familial place: Swift's parents were rumored to have separated several years ago, although the pop star has never publicly commented or confirmed the reports. Regardless of motive, it's safe to say that Swift channeled all the right emotions, just as she always does on the fifth track of each album.

More like this
There's A Taylor Swift Easter Egg In Ryan Reynolds' 'Deadpool 3' Teaser
By Marina Watts
Everything To Know About Taylor Swift’s 10th Studio Album, 'Midnights'
By Grace Wehniainen and Jake Viswanath
Christian Bale Sang With Taylor Swift & His Daughter Can't Believe It
By Radhika Menon
Everything You Need To Know About ‘Black Panther: Wakanda Forever’
By Bustle Editors
Get Even More From Bustle — Sign Up For The Newsletter