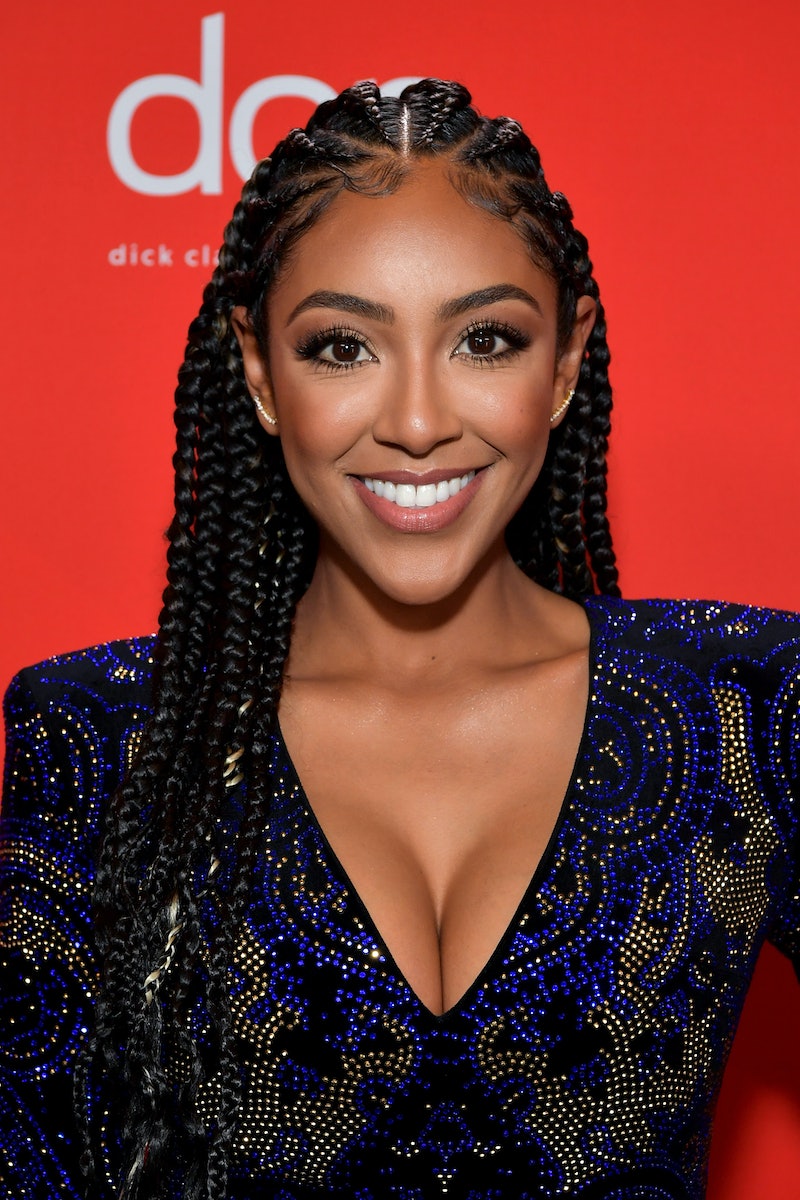 Dancing With the Stars might want to turn to the Bachelor franchise for another contestant. Tayshia Adams and Kaitlyn Bristowe danced to Cardi B’s “Up” on TikTok, and the reality stars’ moves have fans speculating about a DWTS future for Adams. Former Bachelorettes have already won the competition multiple times, including Bristowe, who thanked Bachelor nation for helping her taking home the Mirrorball Trophy in Season 29, and Hannah Brown in Season 28.

On Saturday, April 24, Adams shared their dance video on Instagram, writing, “Tay & K take on TikTok.” Adams also joked about their friend’s “dance mom” energy and quoted Kris Jenner in the hashtag, writing in the caption, “p.s. peep our supportive dance mom @nicolekavanaghh. #youredoingamazingsweetie.” Bristowe commented with support for Adams appearing on Dancing With the Stars next, writing, “DWTS AUDITION” with a fire emoji.

In the comments, other fans and followers supported Adams competing on the reality competition series as well, with one follower writing, “Clearly it’s time for Tay on DWTS,” and another commenting, “TAYSHIA for dancing with the stars please!!!!” One more fan added, “Tayshia for DWTS nexttttttt.”

While fans would clearly love to see Adams compete on DWTS, the TV personality’s schedule might be pretty booked up for the foreseeable future. Adams and Bristowe are set to co-host Season 17 of The Bachelorette, with the two former stars guiding Katie Thurston on her journey to love. In February, Chris Harrison announced he would be temporarily “stepping aside” from the franchise following his defense of Bachelor contestant Rachael Kirkconnell’s past racist behavior. (Kirkconnell apologized in February after photos surfaced of her attending an antebellum plantation-themed party in 2018 and dressed in a Native American costume.) A month later, ABC announced that Adams and Bristowe would “support the new Bachelorette” in Harrison’s absence.

The former leads are bringing a different vibe to their Bachelorette gig, according to an Us Weekly report. A source told the outlet that “their role is more experienced girlfriends to Katie and experienced contestants to the guys.” In March, Adams shared that Harrison had reached out to her about stepping in as host, telling her Instagram followers via her story, “He was so kind and congratulated me for being a part of the next season.” The former Bachelorette added that Harrison’s support “meant the absolute world.”

While Harrison does plan to return to the Bachelor franchise eventually, he has yet to reveal a timeline. If that means Adams’ schedule will free up, then DWTS sounds like a great next option. Bristowe and fans will definitely be cheering her on.