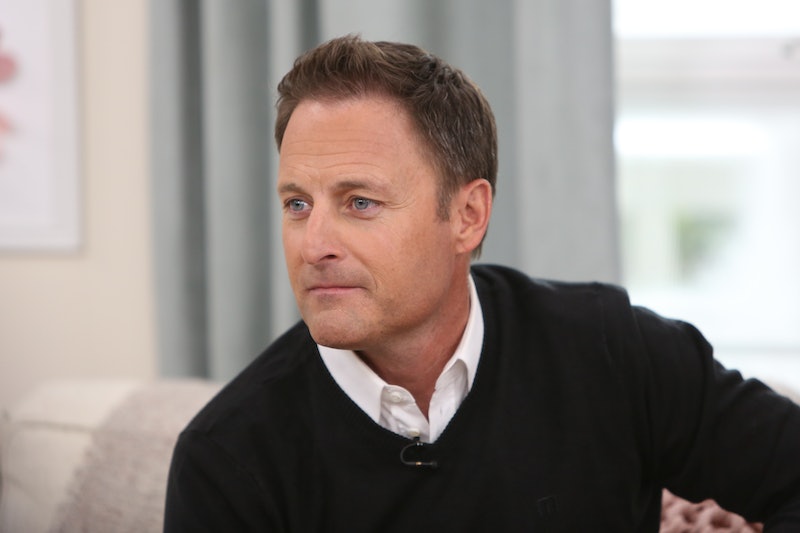 As Uncomfortable Conversations With a Black Man host Emmanuel Acho prepares to take over After The Final Rose hosting duties for Bachelor mainstay Chris Harrison, the controversial franchise figure detailed his plans to return.

Sitting down with Michael Strahan on Good Morning America on Thursday, March 4, Harrison said, "I plan to be back, and I want to be back. And I think this franchise can be an important beacon of change. I know that change is felt, not just by me, but by many others. And we are excited and willing to do the work to show that progress." He continued, "This interview is not the finish line. There is much more work to be done. And I am excited to be a part of that change."

Harrison didn't reveal what his conversations with ABC have looked like thus far. At the moment, it's unclear if ABC is receptive to his return after he defended Matt James' contestant Rachael Kirkconnell.

Speaking of the Feb. 9 interview with Rachel Lindsay in which he defended Kirkconnell's racism, Harrison said, "I am an imperfect man. I made a mistake, and I own that." He continued, "I believe that mistake doesn't reflect who I am or what I stand for. I am committed to progress, not just for myself, also for the franchise. And this is a franchise that has been a part of my life for the better part of 20 years, and I love it."

He also apologized to Lindsay nearly a week after she had to delete her Instagram because she received so much hate from the Bachelor fandom. "I am saddened and shocked at how insensitive I was in that interview with Rachel Lindsay," he said, adding, "I didn't say it then, and I want to say it now: Those parties are not OK, past, present, future. And I didn't speak from my heart. And that is to say that I stand against all forms of racism, and I am deeply sorry to Rachel Lindsay and to the Black community."

He also asked Bachelor Nation to "please stop" harassing Lindsay online. Still, as she said on her Higher Learning podcast this week, the franchise's history of not casting diverse leads and contestants has played a major role in the hate directed toward her. "You have built this. These people feel that they had their world, and now people of color are trying to mess it up," she said. "You did this. So you need to speak out, and you need to say something. You need to undo it."

More like this
Hannah Ann Got Engaged 3 Years After 'The Bachelor' & The Proposal Was Dreamy
By Grace Wehniainen
Zach Reveals The Chaotic 30 Minutes That Were Cut From ‘The Bachelor’ Premiere
By Grace Wehniainen
'RHOSLC' Star Jen Shah Refuses To Do A Post-Sentencing Interview With Andy Cohen
By Brad Witter and Jake Viswanath
Brooklyn From 'The Bachelor' May Have Accidentally Predicted Her Time On The Show On IG
By Grace Wehniainen
Get Even More From Bustle — Sign Up For The Newsletter
From hair trends to relationship advice, our daily newsletter has everything you need to sound like a person who’s on TikTok, even if you aren’t.