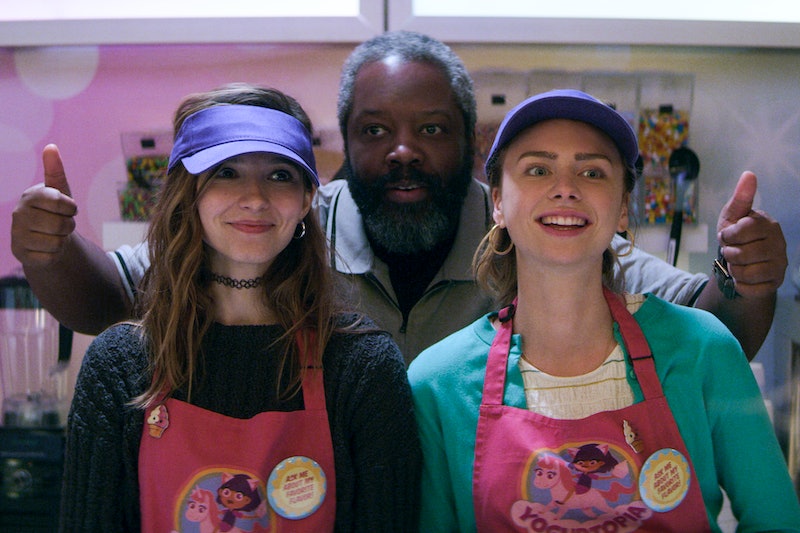 Spoilers ahead for Teenage Bounty Hunters Season 1. Though Netflix has yet to announce if Teenage Bounty Hunters will return for Season 2, the first season ends with a bombshell cliffhanger that certainly sets it up for one. In the final moments, Sterling and Blair's outlaw aunt reveals that she's Sterling's biological mother, meaning that they're not actually fraternal twins — or even sisters. Given how close the two are, that will obviously complicate their relationship (and their sense of identity) in a potential second season.

"I want to see the sisters continue to grow separately and together, and I think I"ll leave it at that," star Anjelica Bette Fellini (Blair) says of how she wants the story to evolve in Season 2.

Maddie Phillips (Sterling), meanwhile, is eager to explore more of where their mom Debbie and her twin sister came from — you know, since she lied about being from Savannah, Georgia. "We were introduced to some new environments in the last episode especially, so I'd be really curious to see where the stories will take place location-wise and whether that world is explored a little bit more," Phillips says. "But [I] also definitely [want to see] more growth, more empowerment, more confidence, and more awkwardness because that's just so fun and so real."

With Emmy winner Jenji Kohan, whose credits include Orange is the New Black and GLOW, co-executive producing the series alongside Tara Herrmann and creator Kathleen Jordan, the Teenage Bounty Hunters team knows how to make a Netflix comedy hit. Will that be enough to land a second season? We'll have to wait and see.