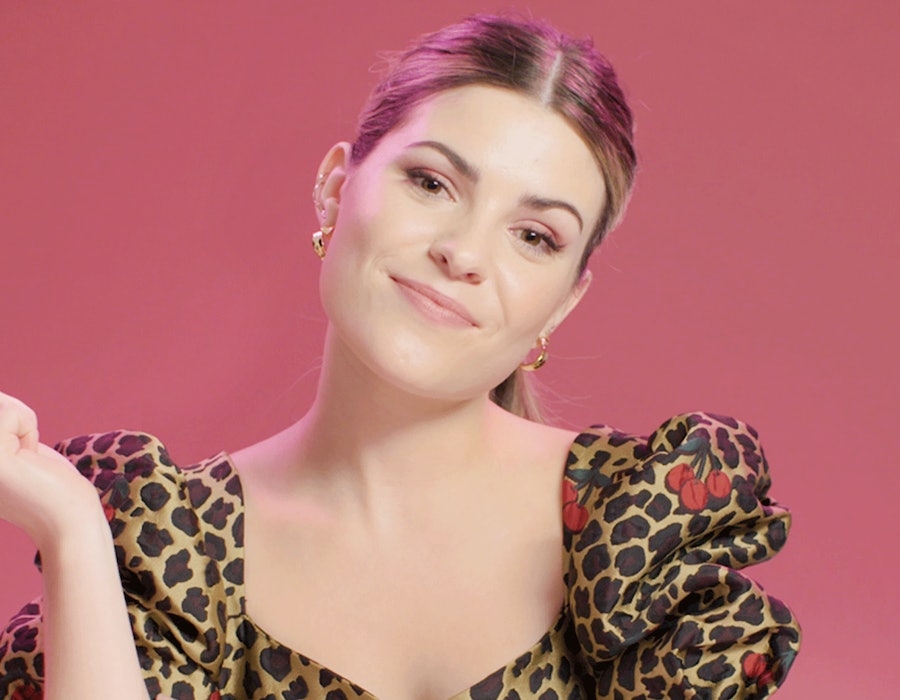 When country singer Tenille Arts visited the Bustle Booth, she had plenty to say — about her music, about her hometown, and about how cool it is that she’s had multiple opportunities to perform her love songs on everyone’s favorite reality TV show about love, The Bachelor. In fact, she’s performed on the show three times since 2018. Her most recent appearance came this past January during Peter and Madison’s first one-on-one date.

“I got to perform my new single, 'Somebody Like That,'” Arts tells Bustle, “And it was so perfect for the date. It was so much fun, [Peter’s] entire family showed up — which is a lot for a first date — but I got to wear a really pretty blue dress. The [contestants] I’ve performed for usually make it pretty far!”

The Bachelor isn’t the only place Arts has had the opportunity to showcase her music on a national stage. The Canadian artist performed Canada’s national anthem at this year’s NBA All-Star Game in Chicago and has performed at New York Fashion Week. The single she performed on The Bachelor is from her latest album, Love, Heartbreak & Everything In Between. Arts says that her music is really about lived experience — and the more relatable, the better.

“They’re all songs I wrote about my life over the past year,” Arts explains. “My music is country and it definitely has a little bit more of a girly side to it. It used to be a little more edgy, and now it’s kind of transitioned as I’ve grown, and now it’s girly country. The thing that inspires me most is real life stories. I feel like the kind of music that I write is exactly what I’ve been through, but I also write about what other people have been through. I just try to make something relatable.”

To hear more about Arts’ favorite karaoke song, her tattoos, and her biggest career highlights, check out her interview in the Bustle Booth above.