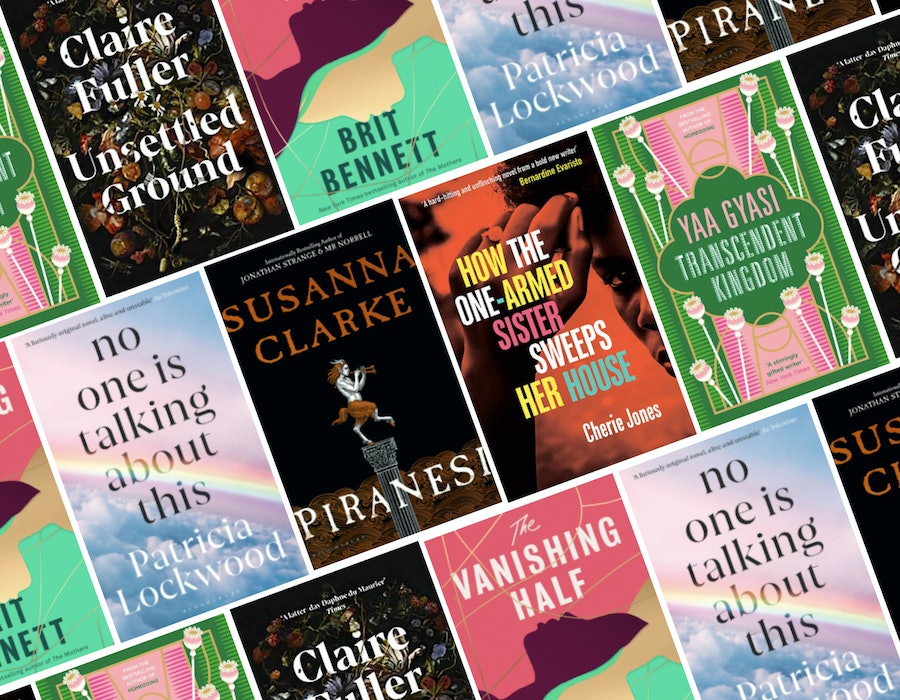 With the weather warming up, it’s the perfect moment for a leisurely reading session in the sun, iced coffee in hand. If you’re wondering what to read next, this year’s shortlist for the Women’s Prize for Fiction has just been announced and it’s certain to give you heaps of inspiration.

Speaking about the choice of books this year, chair of judges Bernardine Evaristo said, “With this shortlist, we are excited to present a gloriously varied and thematically rich exploration of women’s fiction at its finest.” She added that, “fiction by women defies easy categorisation or stereotyping, and all of these novels grapple with society’s big issues expressed through thrilling storytelling.”

The Women’s Prize was first introduced in 1996 to counter the Booker Prize of 1991, when no female authors were nominated for the shortlist. This year is the first since 2005 that the prize has shortlisted only first-time nominees. The winner will be announced on July 7 and stands to receive £30,000.

Head to your local bookstore because here are the nominated six books that you need to read ASAP.

The Vanishing Half by Brit Bennett

The Vanishing Half traces the tale of a pair of identical twin sisters Desiree and Stella Vignes. The novel follows the girls from the 1950s to 1990s — from their childhood growing up together in the small southern Black community of Mallard, Louisana, to their adulthood, where their lives, once woven together, are now vastly disparate.

The synposis writes: “Still, even separated by so many miles and just as many lies, the fates of the twins remain intertwined. What will happen to the next generation, when their own daughters’ story lines intersect?” The novel is simultaneously a multi-generation family saga and a look at the history of race and passing in America.

The Vanishing Half is Bennett’s second novel after 2016’s The Mothers. Both have won much critical acclaim, appearing on the New York Times’ bestsellers list.

The Vanishing Half by Brit Bennett

The opening lines of Piranesi’s enigmatic synopsis set the tone for the novel as whole: “Piranesi lives in the House. Perhaps he always has.”

Susanna Clarke’s fantasy tale asks you to forget what you know about traditional storytelling. Readers follow Piranesi as he navigates the tangle of halls and the infinite number of statues in the House with his friend, known as the Other. Together they work to uncover the secrets and knowledge of their dwelling. Piranesi’s discoveries are recorded in detailed journal entries but, soon, he notices the Other’s strange behaviour and later uncovers a sinister truth about him.

Writing in the Guardian, critic Paraic O’Donnell called Piranesi a “remarkable feat, not just of craft but of reinvention” and “a potent force.” The strange and fantastical novel is Clarke’s second book, published 14 years after her debut, Jonathan Strange & Mr Norrell, which won a Hugo Award in 2004.

In another story about twins, Unsettled Ground follows Jeanie and Julius who, at 51 years old, still live with their mother Dot. They live a life of rural isolation and poverty but this insular world is shaken when Dot dies.

“Jeanie and Julius would do anything to preserve their small sanctuary against the perils of the outside world, even as their mother’s secrets begin to unravel, putting everything they thought they knew about their lives at stake,” writes the blurb.

Unsettled Ground, described in The Times as “revelatory experience,” is the English writer’s fourth novel.

Gyasi’s second novel Transcendent Kingdom tells the story of a Ghanaian-American PhD student, Gifty, who, like Gyasi, grew up in Alabama. As a child, Gifty would listen to her parents regale the tale of their journey from Ghana to Alabama, finding comfort it its heroism.

Gifty’s father later abandons their family and her brother succumbs to an opioid overdose. Gifty seeks answers, only to uncover more trauma hidden in the heart of their family.

Talking to the Paris Review, Gyasi said, “so often the immigrant narrative we get is the one that’s the kind of tiger mom–esque thing, where you work really hard,” and added that “that’s not true for every person and that doesn’t encompass the fullness of the immigrant experience ... I did want to show a multiplicity of experiences around immigration.”

How The One-Armed Sister Sweeps Her House by Cherie Jones

The one-armed sister is a cautionary story told by the protagonist Lala’s grandmother about the fate of girls who disobey their mothers. For the three women in the novel — Lala, her grandmother Wilma, and Mira — the tale comes to represent different things: hope, consequence, and survival.

Cherie Jones’ How the One-Armed Sister Sweeps Her House is a tale of three marriages, set in the beautiful idyllic paradise of Barbados where “beyond the white sand beaches and the wealthy tourists, lies poverty, menacing violence and the story of the sacrifices some women make to survive.”

The book is Jones’ debut novel.

How The One-Armed Sister Sweeps Her House by Cherie Jones

No One Is Talking About This by Patricia Lockwood

Hailed in the New Statesman as “the first great internet novel,” Patricia Lockwood’s No One Is Talking About This is about an unnamed protagonist’s interactions with ‘the portal,’ a virtual platform. Rising to prominence for her social media posts, she travels the world to meet her fans and grapples with the mores of operating within the portal. Written in fragments and utilising the technique of stream of consciousness, the novel mirrors what it’s like to live in the Internet age.

Two texts from her mother pierces her reality, “Something has gone wrong,” and “How soon can you get here?” The insanity of the portal collides with real life and its high stakes.

For No One Is Talking About This, Lockwood has been compared to Joan Didion and James Joyce.

No One Is Talking About This by Patricia Lockwood