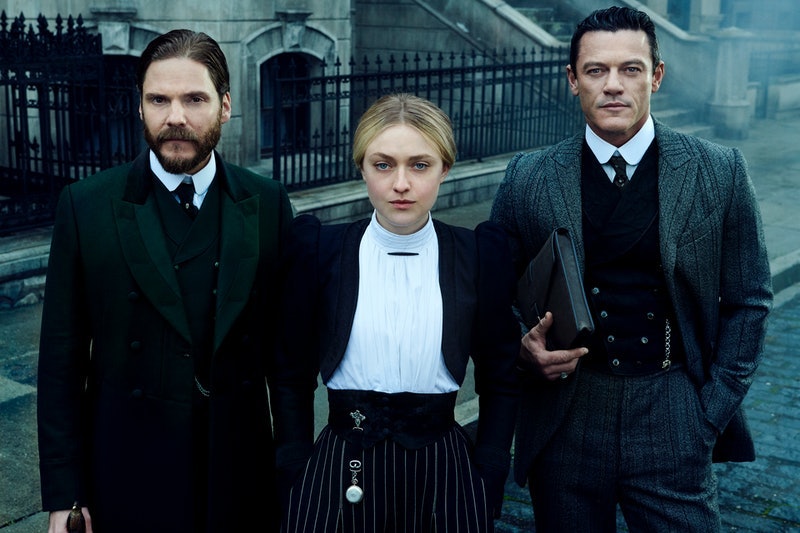 The dark and terrifying world that Dr. Laszlo Kreizler, John Schuyler Moore, and Sara Howard once again find themselves in may be drawing to a close; however, that doesn’t necessarily signify the ultimate end to their journey. Though TNT has yet to grant the series another renewal, there’s still a decent chance The Alienist will return for a third season, given that the books upon which the series is based leave plenty of content ripe for the picking.

Just like the first season was based on Caleb Carr’s 1994 novel The Alienist, Season 2 followed the plot of on the author’s 1997 follow-up novel The Angel of Darkness. If this pattern were to continue, then Season 3 would follow the sequences of Carr’s third book, Surrender, New York. But there's a catch: that particular installment takes place in the year 2016, which makes the story more of a spinoff than a continuation of the current narrative playing out onscreen. The central characters we've come to know would be long gone, unless a big portion of the season is dedicated to flashbacks. Though, considering that the main protagonist in the book, Dr. Trajan Jones, is a criminal psychologist who takes a special interest in the life and work of Dr. Laszlo Kreizler, the opportunity is definitely there to do just that.

As for the cast and crew’s feelings about the show’s possible continuation, some members have already spoken about how willing they would be to return should the opportunity present itself.

“Absolutely,” Alienist star Luke Evans recently told Collider when asked if he’d like to continue to explore the character of John Moore. “They all have the potential to carry a storyline again, further and further – some other story, some other plot, some other twist, some other murder, some other sinister subject matter. I love playing John. If that happened, then yeah, it’d be great.”

Meanwhile, series showrunner Stuart Carolan told reporters at a recent TCA panel that he's more than willing to continue on with this journey; however, he's looking to Carr to create more source material that would better fit into the show's current timeline rather than jumping decades into the future demonstrated in Surrender, New York. “We need to wait for Caleb Carr to write a third book,” Carolan explained, as per Deadline. “My understanding is that he is writing a third book so you just have to wait and see." And he's right — another book of Carr's, titled The Alienist at Armageddon is currently in the works and slated to be released sometime in 2022.

Keeping that in mind, along with the fact that most movies and TV shows have halted production in the wake of the coronavirus pandemic, it would still be a while before a third installment of The Alienist franchise could debut if the network does decide to pick it up for an additional season. But as long as the cast and creators are ready and willing to participate, there remains plenty of terrifying source material to unravel in the years to come.