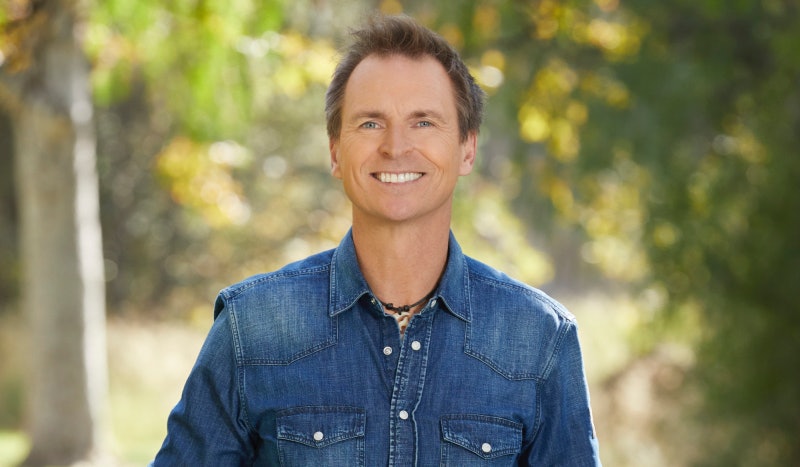 Traveling may not be an option right now, but at least you can live vicariously through the cast of The Amazing Race Season 32. The season was filmed two years ago, when the contestants could globe-trot, run through crowds, and freely touch their faces without the lingering fear of catching a deadly virus.

This season's cast includes teams of people who know each other through family, dating, or work. They started out in Trinidad and Tobago before eventually making their way to New Orleans, where filming reportedly wrapped in December 2018. Between those two destinations, the teams traveled to a bunch of other vacation-worthy spots while competing for the grand $1 million prize. See a place you like? Make a mental note for when borders open back up again.

In the meantime, get to know who you'll be following along on the Amazing Race journey.

Brothers Madison and Riley are both pro beach volleyball players, so they're used to working together in tense situations. They also have a YouTube channel dedicated to their love of the sport. If the contestants have to do any sand-based challenges, look out for these two.

Will Jardell and James Wallington

Couple Jardell and James are still together two years after the competition, and are even about to get married. James said he wanted to do the show with Will because traveling the world is the ultimate test of a relationship. Seems like they passed with flying colors.

These avid fishermen started the show as best friends, but can that relationship stand the pressure of the race? Nathan sure seemed to hope so, saying that he went on with Cody to "[share] experiences with my best friend and [get] closer."

This married pair of parents was eager to hit the road together, using the show as a honeymoon since they never had one. Two years later, they're busy racing after their kids instead of cash.

The Williams sisters are here to win, but it's not necessarily all about the cash for them. "Haley and I have been through almost everything together, so this is just one more thing that we will be able to experience together," Kaylynn said. "Getting to travel the world with your best friend is something that most people can’t say that they have done. We'll be able to share these stories for a lifetime."

Father-son duo Jerry and Frank want to use the show as a chance to bond. Jerry (the dad) is a radio talk show host and Frank is in luxury car sales. We'll see if they can win the money, but Jerry already won the chance to go to Trinidad, which was on his bucket list.

Eswar and Aparna are a brother-sister team from California. They both have a background in engineering and couldn't be more excited to be on the show. Aparna said it's been her dream since she was eight. "We were two Indian-American kids who didn’t often see people like us on American reality TV shows," she explained. "I remember when the race went to Chennai, India (our hometown) in Season 10, we were jumping up and down in our little living room because we were so excited to see The Amazing Race bring our culture to a mainstream American audience."

Now the siblings get to do that themselves.

When healthcare data analyst Leo and communications associate Alana first competed on The Amazing Race, they were just dating. This time, they're married and ready for their second shot at the prize.

Sisters Michelle and Victoria were raised in Louisiana but hope that the show brings them to Vietnam, where their parents are from. They also want to strengthen their bond by traveling together. If they have their communication down, they might be hard to beat.

Before teaming up for The Amazing Race, pro hurdlers Kellie and LaVonne faced off against each other in the Olympics. Kellie competed for the U.S. in the 2012 Games and won a bronze medal. LaVonne competed the same year for the Dominican Republic, but she didn't win. Maybe the two will find victory on The Amazing Race instead.

More like this
'The Bachelor' 2023 Schedule Differs From Last Season In 1 Key Way
By Grace Wehniainen
Everything To Know About 'RHONJ' Season 13
By Brad Witter and Jake Viswanath
This ‘Bachelor’ Spoiler Teases The Dramatic Self-Elimination Of A Fan Favorite
By Grace Wehniainen
Zach Swears He Didn’t Look Up Contestants Before The Bachelor Began Filming
By Brad Witter
Get Even More From Bustle — Sign Up For The Newsletter
From hair trends to relationship advice, our daily newsletter has everything you need to sound like a person who’s on TikTok, even if you aren’t.