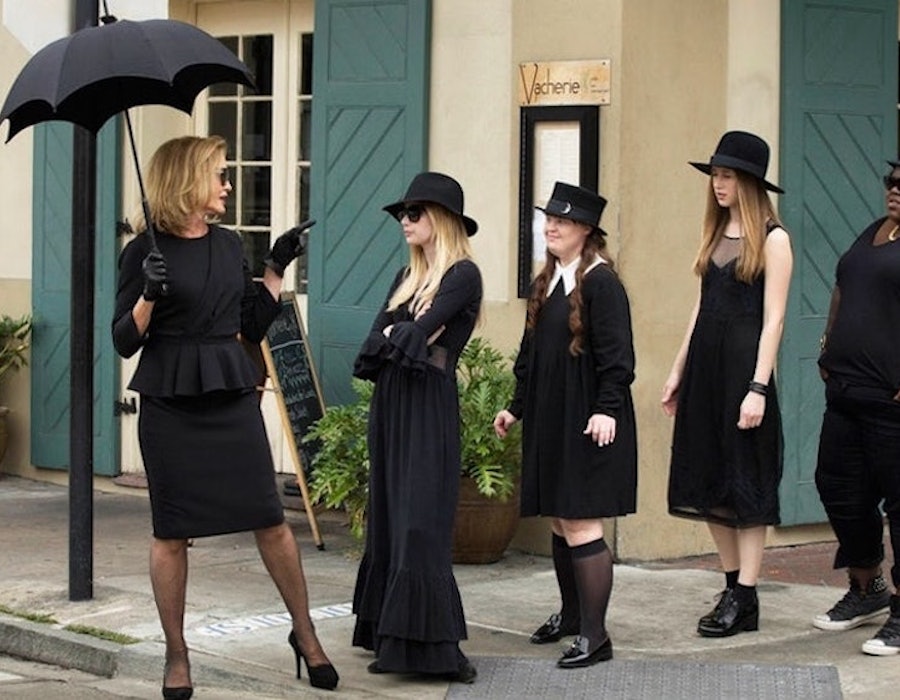 All of your deepest, darkest nightmares are about to come true. According to TVLine, the American Horror Story spinoff series is officially happening. Ryan Murphy will once again team up with FX to turn all of his spooky fantasies into terrifying realities.

Titled American Horror Stories, each episode of the hour-long series will center around individual, self-contained horror stories, making each episode installment its own separate entity. Murphy teased the concept of the project earlier this month on Instagram, though nothing had been officially confirmed at that point in time.

As of now, no casting decisions have been announced. However, Murphy used a screenshot from a Zoom call with all of his former AHS cast members to tease the news in early May, indicating that each of them would be asked to return should the show get greenlit — and yes, even the legendary Jessica Lange was on the call. As for whether or not everyone will agree to appear on the series remains to be seen, though Murphy always seems to have a knack for reeling in the same actors for his various projects again and again.

In regards to an actual release date, though, it's impossible to predict when this AHS spinoff will end up seeing the light of day, due to the ongoing COVID-19 pandemic currently sweeping the country. But once TV productions are able to get underway, this is definitely something for horror fans to look forward to.

American Horror Stories isn't the only show within the AHS universe facing possible delays, though. Murphy recently informed The Wrap that American Horror Story's upcoming tenth season might need to be pushed back to next year due to its "weather-dependent" theme. “A lot of what I was going to shoot was dependent on a very specific moment,” Murphy explained to the outlet. “It was a weather-dependent show. So now I don’t know. I don’t know what we’re going to do. I don’t know what I’m gonna do next with that show. I don’t know if I’ll accelerate another season or wait till next year to shoot this one.”

Thankfully, the series has already been renewed through Season 13, so delays or not, the show is sticking around for quite some time. And now that there is officially a spinoff in the works, Murphy is guaranteed to be scaring all of us for many more years to come.

More like this
'The Queen’s Gambit' Season 2 Tweet Wasn’t From Anya Taylor-Joy
By Mary Kate McGrath, Jack Irvin and Grace Wehniainen
Netflix Shut Down 'Bridgerton' S3 Rumours About A “Very Dark” Storyline
By Bustle
Everything To Know About 'And Just Like That...' Season 2
By Jack Irvin and Grace Wehniainen
Rachel Fuda Gave Birth Just Weeks Before 'RHONJ' Season 13
By Brad Witter
Get Even More From Bustle — Sign Up For The Newsletter
From hair trends to relationship advice, our daily newsletter has everything you need to sound like a person who’s on TikTok, even if you aren’t.