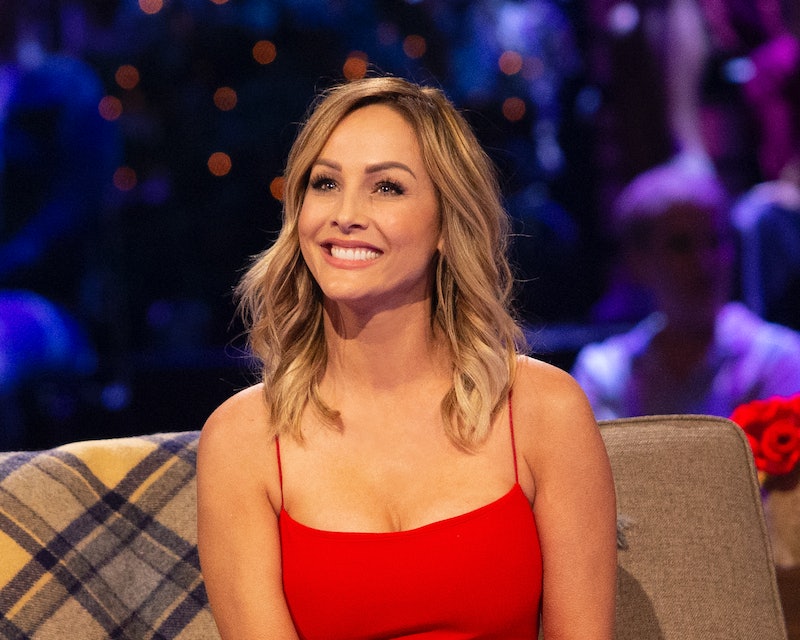 As The Princess Bride made clear: nothing can stop true love, not even coronavirus. The Bachelorette Season 16 premiere date has finally been announced, and it's coming up soon. Since filming for the season was postponed due to the COVID-19 pandemic, fans have been eagerly waiting the new season, which was originally supposed to premiere in May. Now, fans will get to start watching Clare Crawley's highly anticipated season on Tuesday, Oct. 13.

According to a press release obtained by Bustle, Season 16 of the hit reality series will still see Clare on her search to find true love — at least at first. Many outlets have reported that Tayshia Adams replaced Clare as the Bachelorette midway through the season after Clare fell in love with a contestant and decided to no longer participate in the show, not wanting to lead on the rest of the men.

ABC has yet to confirm the reports, and the press release makes no mention of Tayshia. But, they have already subtly hinted at the rumors of a mid-season Bachelorette switch in a previous promo. Host Chris Harrison also hinted at the switch when posting about the premiere date on Instagram, promising that the new season will be "twice as good" as the rest. Additionally, the press release does tease "an explosive turn of events that will have all of Bachelor Nation talking," which very well could refer to Tayshia taking the reins later this season.

According to Deadline, Clare seemingly confirmed the switch by liking a tweet about Tayshia becoming the Bachelorette on Aug. 2 before unliking it the next morning. The incident raised questions among fans, as the cast is not allowed to have phones on set, making some believe that she had indeed stopped filming the show. The contestant that reportedly stole Clare's heart so quickly is former NFL player Dale Moss, who currently works as a model and global ambassador for the Special Olympics.

If the reports are true, this would be the first time in Bachelor franchise history that two people have held the coveted title during the same season. In addition, some contestants that Clare eliminated before falling in love are reportedly being brought back mid-season to compete for Tayshia's affections. No matter what happens on this season of The Bachelorette, it's sure to be a wild ride for Bachelor Nation.