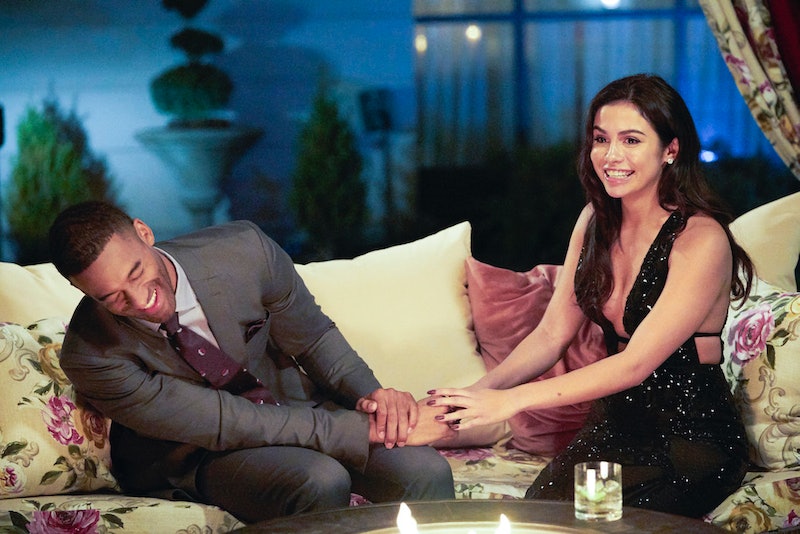 Calling out the stigma imposed on sex workers, The Bachelor contestant Brittany Galvin has addressed claims about being an escort. Brittany took to Instagram after the latest episode of Matt James' televised journey to find love, which saw fellow contestant Anna Redman tell the other women that Brittany used to "entertain men for money" in their shared home base of Chicago, Illinois. While she shut down the rumors in the episode, Brittany addressed the accusations once again on social media while also defending sex workers.

In a series of Instagram Stories on Jan. 28, Brittany reiterated that she was not an escort and lambasted people who shamed sex workers. "It's 2021, you know how prominent sex workers are in this world? Or how many people have OnlyFans?" she wrote, according to Us Weekly. "Why are we still judging others? Jealousy and hate really come out when others are doing better in life, but why?" The model continued, "Focus on yourself, and if you're not happy with where you're [at] then work on yourself."

Brittany then extended a message to the sex work community: "Don't let others tear you down," she wrote. "Keep sharing your stories with me because they are all so powerful. I'm here to support you like how you have to me!"

Along with four other women, Brittany joined the resort as a new contestant on Monday's episode. After a contentious confrontation with Anna and Victoria Larson, the episode ended with contestant Katie Thurston approaching Matt to discuss the bullying she's witnessed. After the episode, Twitter condemned Anna and Victoria for trying to shame Brittany and sex workers as a whole. "BOO AT SEX WORK SHAMING," one Twitter user wrote, while another added, "Less shaming other girls, more scenes of foliage!" Another person tweeted, "And IF Brittany was an 'escort,' WHAT OF IT??"

It appears that Matt will address these conflicts in next week's episode, too. "There's a culture of bullying," he says in a brief promo for the Feb. 1 episode. "And now I gotta deal with this." Later, Katie adds that Anna and Victoria "messed up and they know it." The trailer ends with a cheesy pun narration declaring that Anna and Victoria will soon meet their "matt-ch."