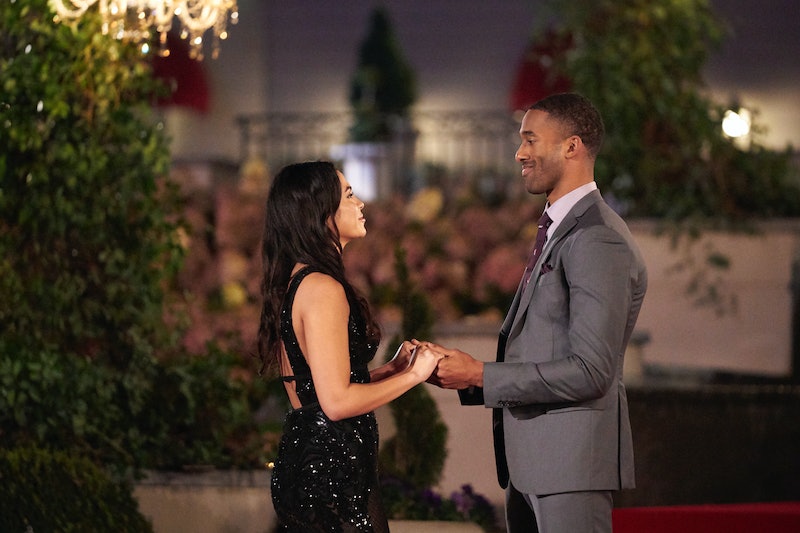 Along with Bachelor newcomer Brittany Galvin came the season's latest source for drama, and it's no light topic. As soon as Brittany revealed that she kissed Matt when she stepped out of the limo — something that is not unheard of in Bachelor Nation — Victoria immediately shamed her and called her a "slore." Stay classy, Victoria. And as the five new (surprise!) women got to know the group, things got even worse. Anna Redman realized she knew Brittany from back home in Chicago and started the rumor that she secretly works as an escort. Shortly after, the sex work shaming began, and Twitter. Went. Off.

“People have gone out of their way to find me and tell me, ‘Oh my god, watch out for this girl,’” Anna told "Queen" Victoria Larson, adding that she could be "entertaining men for money." Her itch to spread "dirt" she knew on Brittany was only exacerbated by the fact that Brittany pulled the classic "steal him for a sec" move during Anna's time with Matt.

Later during the group date, Anna said that she didn't want to spread rumors but wanted to address what people were saying about Brittany... on national television. While Brittany denied being an escort, the rumor, which really didn't need to be brought up anyway, made its way around the resort and is now out in the world.

Conversations about sex work continued throughout the episode, and as some other contestants denounced the shaming, Katie directly approached Matt about the bullying problem in the house. It's clear this will continue to be a topic of conversation for the foreseeable future, and as Serena C. suggested, it's probably only going to get worse.