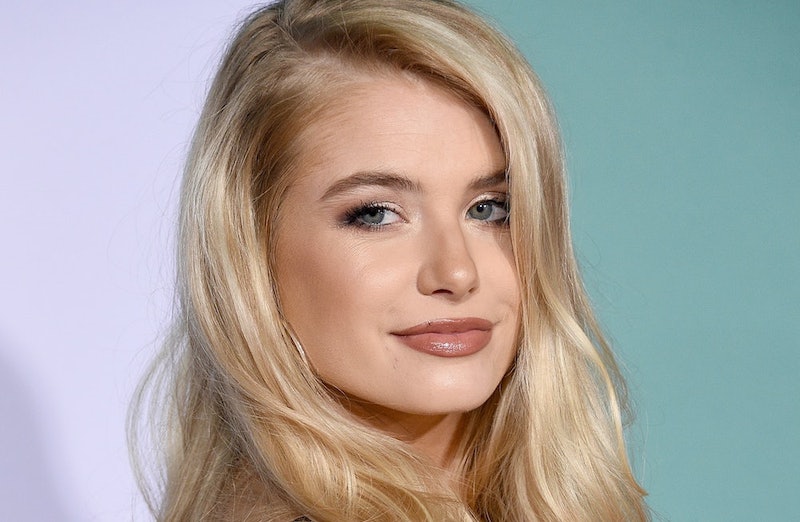 While one of Matt James' contestants made their grand debut in lingerie during last week's premiere of The Bachelor, another major fashion moment occurred that caught the attention of Bachelor Nation. Alana Milne and Anna Redman both arrived at the lavish Pennsylvania resort wearing the same exact red Revolve gown. And later, Bachelor alum Demi Burnett insinuated that this dress mishap may not have been accidental at all.

Demi, who appeared on Colton Underwood's Bachelor season in 2019, spoke to Us Weekly's Bachelor podcast Here For The Right Reasons earlier this week about the gown debacle. Revealing that the same incident occurred during her season with contestants Heather Martin and Laura Pellerito, Demi surmised that producers played a role in the twinning moment. "The producers tell you which of the dresses they think you should wear, so they probably wanted to stir something up," she explained.

However, Demi recalled that things did not go quite as producers had planned between Heather and Laura. "Heather and the girl Laura looked at each other and they [were], like, 'Oh my gosh, we're wearing the same dress. That's awesome!'" Demi said. "They're like, 'You look amazing in it.' So, it wasn't a big deal, and I feel like that's what happened this time, too."

The former Bachelor in Paradise contestant added that selecting outfits for the show is no easy feat. "It was a nightmare for me," Demi said. "I was poor before. I didn't have any money, so I spent my last paycheck and I just bought a bunch of dresses on sale at Dillard's. That's where I got all my rose ceremony dresses and cocktail dresses and swimsuits."

A dress faux pas will, of course, be the least of Matt's worries this season. Ironically, Heather (yes, the very same Heather who experienced her own outfit twinning moment on Colton's season) will crash the current season and try to shoot her shot with Matt, according to a teaser. "She felt for sure this was her husband and basically did anything she could to get there and track him down," ABC executive Rob Mills explained on the Bachelor Recap podcast on Jan. 5.

Based on the preview, Mills' statements seem to be true. "This is an impossible situation," Heather said in the teaser. "Still, I do feel like Matt's worth it." It's unclear how long Heather will remain on Matt's season, but her arrival evoked the fury of current contestants. One contestant said she wanted Heather to "go home" while another lamented, "You already had your f*cking shot at a Bachelor."