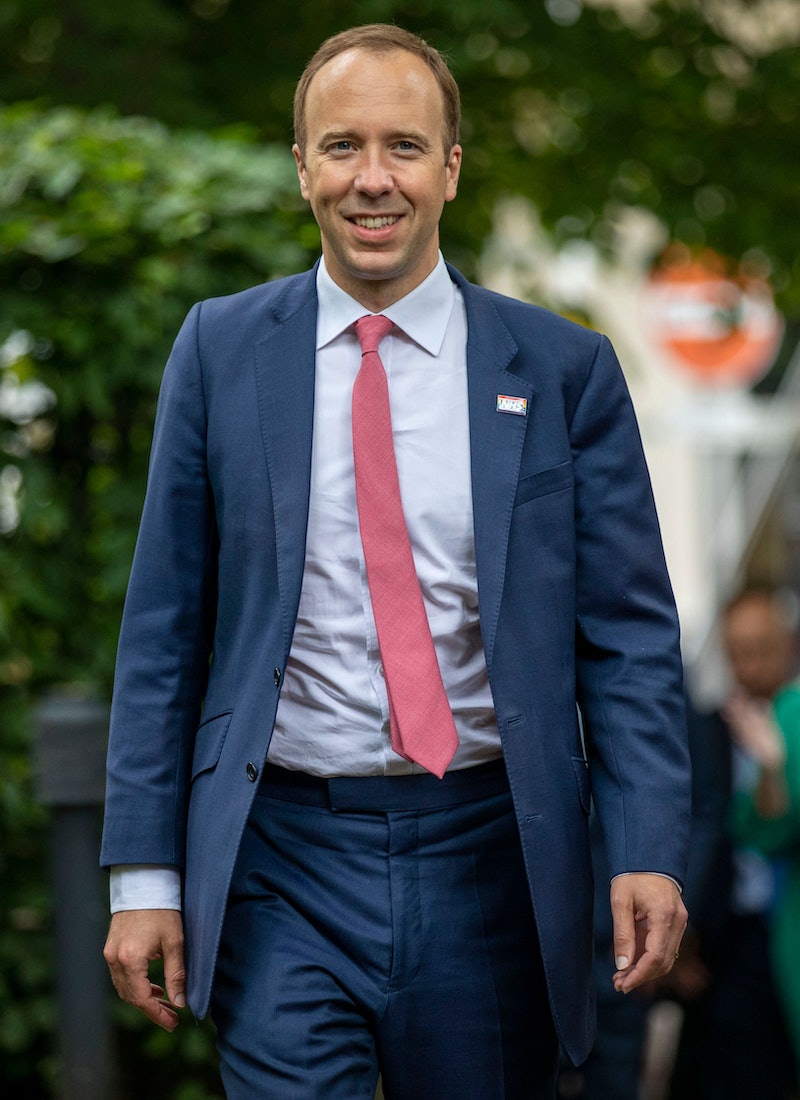 You can’t unsee it. Believe me, I’ve tried. Ever since CCTV footage capturing Matt Hancock’s passionate “clinch” with married aide Gina Coladangelo was leaked to the tabloids (June, 25), the internet has refused to rest. On social media, there’s been a mixture of fury and sheer disbelief as the former Health Secretary broke his own social distancing rules to kiss his colleague, despite being married. While Matt Hancock has since resigned from his post apologising for breaking the rules, as with many national scandals, Brits everywhere have been busy making hilarious memes about it. To recap, here are the best Matt Hancock memes on Twitter.

The bombshell was dropped earlier this week and it’s hard to avoid the current furore that’s followed the scandalous picture and, that video. At the same time, the scandal has provided some epic memes from the British public’s banter community, and, I’ll admit, I’ve a few saved to my phone. Possibly the best comes from everyone’s favourite satirist Munya Chawawa, who mocked Matt Hancock’s affair to the tune of Shaggy classic “It wasn’t me” and the video now has more than 1 million views.

As the drama continues to unfold, here are the best Matt Hancock memes on the internet right now.

Matt Hancock was hard at work

Erm, is there anything else you’d like to add, Matt?

Love Island has 24 hours to respond...

Strictly bosses, don’t even think about it...

Eat Out To Help Out has taken on a whole new meaning (sorry, in advance...)

More like this
Matt Hancock’s TikTok Is The Most Matt Hancock Thing Ever
By Sam Ramsden
Eurovision Has Been Given A Whole New Look Ahead Of Its Liverpool Debut
By Bustle UK
Twitter Can’t Get Over This One Part Of Lily Allen & David Harbour’s House
By El Hunt
How To Help Those Affected By The Turkey-Syria Earthquake
By El Hunt
Get The Very Best Of Bustle/UK
Sign up for Bustle UK's twice-weekly newsletter, featuring the latest must-watch TV, moving personal stories, and expert advice on the hottest viral buys.