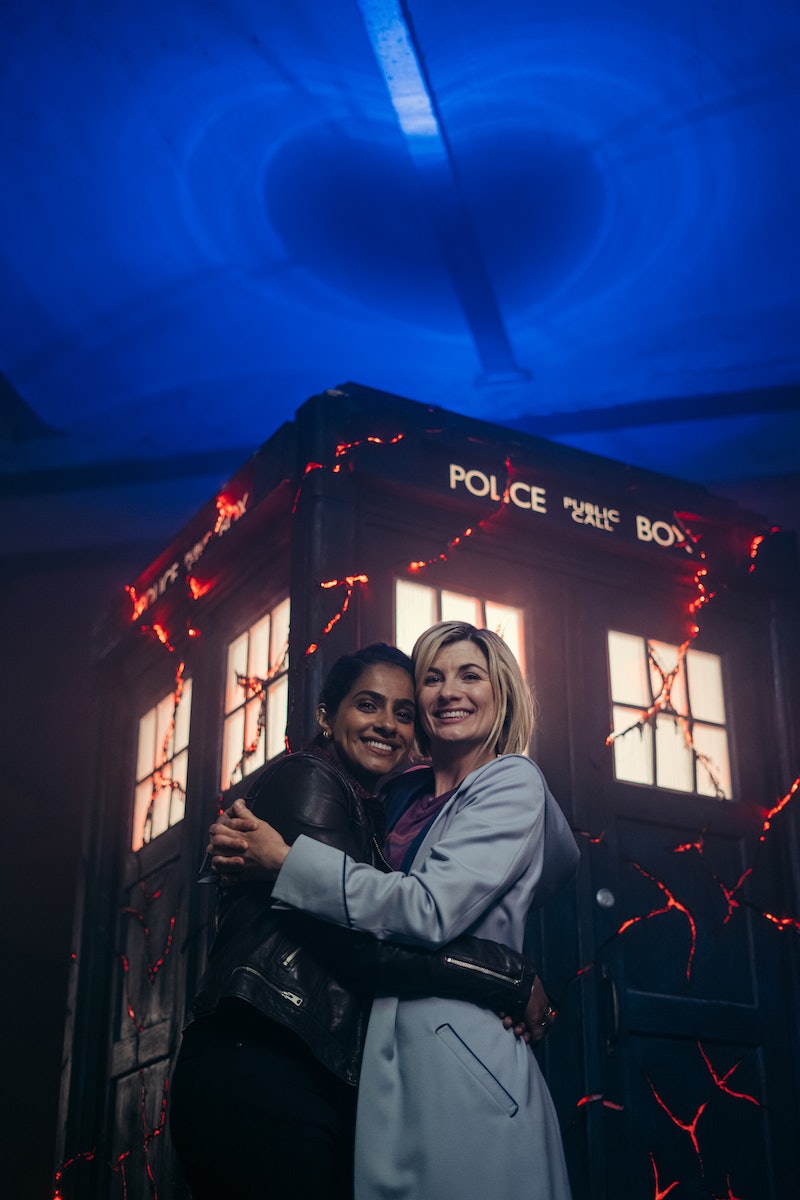 After years of shipping rumours and lots of #Thasmin [Thirteen and Yasmin] fan-fiction art, Doctor Who fans are elated as the sci-fi series pretty much confirmed the long-suspected romance between the thirteenth and first female Doctor, played by Jodie Whittaker, and her companion, Yaz.

During the New Year’s special episode, Eve Of The Daleks, Yasmin Khan, played by Mandip Gill, opens up about her struggle to discover her sexuality, after Dan Lewis (John Bishop) asks whether she has ever told the Doctor about her feelings for her. In response, Thasmin shippers took to Twitter to share their reactions to the Doctor and Yaz’s romance, and, let’s just say there were lots of strong feelings.

In the episode, Dan revealed to Yaz that after four years “travelling the world together” he noticed that she was secretly harbouring romantic feelings for the Doctor. "Just tell her," Dan says. To which Yaz replies, "It's not that easy. I don’t know what to do, Dan. I’ve never told anyone. Not even myself.”

In another intimate moment, the Doctor tells Yaz, "I was looking for information about me, a life I never knew," before adding, "I want to tell you everything." Yaz replies with a smile, "I'd like that."

For LGBTQ+ fans who have been shipping the Doctor and Yaz since Jodie Whittaker emerged as the first female Doctor in 2017, the romance revelations have been a long time in the making. However, as Whittaker's final special episode, which will feature her regeneration, airs in the autumn, some fans fear there’s not enough time for Yaz and the Doctor to finally explore their feelings for each other. Still, here are the best Twitter reactions to Doctor Who and Yaz’s romance.

Every Time Yaz Looked At The Doctor...

But Alas, Is It Too Late?

More like this
Twitter Is Burning As Phoebe Dynevor Reveals Daphne’s 'Bridgerton' Exit
By Sophie McEvoy
'Brookside' Is Coming Back & Soap Opera Fans Are Going Wild
By Sam Ramsden
Twitter Has Renamed Ekin-Su After *That* 'Dancing On Ice' Performance
By Sophie McEvoy
Twitter Can’t Make Up Its Mind About Ekin-Su’s 'Dancing On Ice' Skate-Off
By Sophie McEvoy
Get The Very Best Of Bustle/UK
Sign up for Bustle UK's twice-weekly newsletter, featuring the latest must-watch TV, moving personal stories, and expert advice on the hottest viral buys.