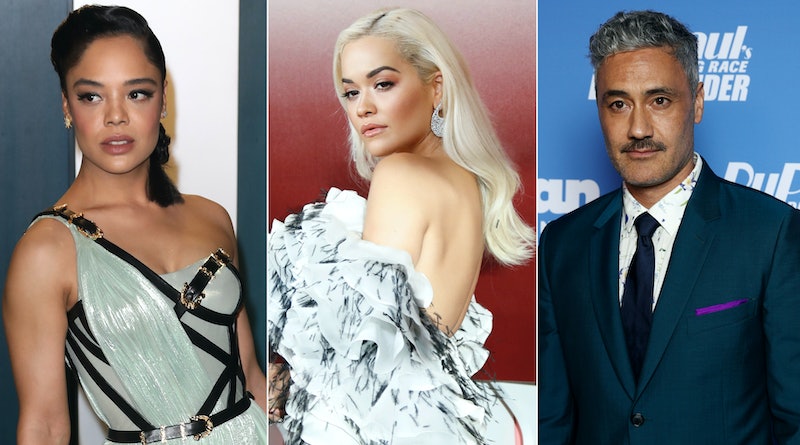 Taika Waititi, Rita Ora, and Tessa Thompson are trending, and no, it’s nothing to to do with music or movies. The stars have been spotted cuddling up and kissing in Australia, and it’s sending fans into a frenzy. So many questions. Is it an open relationship? Are they in a polyamorous triad? Is Waititi still married? How on earth did these three meet? The list is endless...

We know that actor Tessa Thompson, 37, and director Taika Waititi, 45, have worked together in the past. Now the pair are reuniting in Australia on the set of the fourth Thor film, Love and Thunder, which sees Waititi directing and Thompson reprising her role as Valkyrie. At the same time, singer Rita Ora, 30, is also Down Under recording for singing competition The Voice: Australia.

Since quietly splitting with his wife, Chelsea Winstanley, two years ago, Waititi has been rumoured to be dating Ora and some reports claim the singer has moved in with him in Sydney, although neither has publicly confirmed their relationship. Both Ora and Thompson have publicly said they are bisexual in the past.

Now fans are taking to social media to post their conspiracy theories and share their shock and admiration.