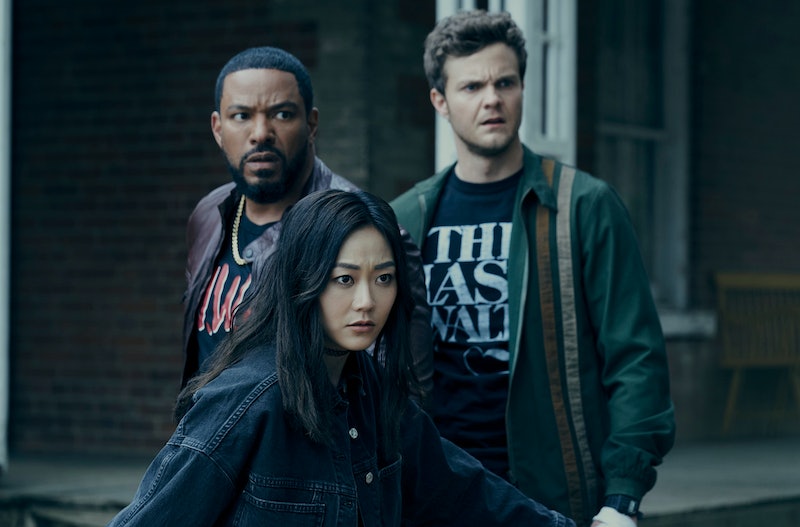 The Boys are back in town. The gritty superhero show is one of Prime Video’s most successful series, and on June 10, 2022, Amazon Studios renewed The Boys for Season 4. Per the press release, viewership for the series has grown by 17% since Season 2 and is up 234% since Season 1.

The studio attributes this growing popularity to the show’s sharp writing. “From our first conversation with [creator] Eric Kripke and the creative team, we knew the show was continuing to get even bolder—an impressive feat,” said Vernon Sanders, Amazon Studios’ head of global TV. “The Boys continues to push boundaries in storytelling while also being relentlessly entertaining and threading the needle on social satire that feels all too real.”

Writing about real-world horrors — particularly the growing wave of conservatism — through the lens of warring superheroes has always been intentional, Kripke told Deadline. The scene where Homelander kills a man while his fans cheer him on was based on Donald Trump’s 2016 comment that he could “stand in the middle of 5th Avenue and shoot somebody” and still have supporters, for example. “At the time we wrote it, we felt it was like a little satirically pushed, but it is true that the more awful politicians are behaving, you know, the more popular they’re becoming with their fan base,” Kripke explained. “Things are getting scarier and scarier, and people seem to be applauding it. So, I think that is definitely the point we’re making.”

He added that the team has no intention of shying away from such political topics in future seasons. “The writers come in concerned about the ruling overturning Roe v. Wade, the legacies of policing, Marjorie Taylor Greene, or more,” he said. “People come in and they come in angry and scared, and my response is invariably the same, which is well let’s figure out a way to write about it.”

Here’s everything else we know about The Boys Season 4 so far.

The time between seasons for The Boys has varied, with earlier seasons delayed by the pandemic. But shows like this typically take a year to produce, and in a June 2022 Collider interview, Karl Urban said they were about two months away from filming Season 4. So we can guess that we’re looking at a summer or fall 2023 premiere date.

We can expect The Boys team to return, made up of Butcher (Karl Urban), Hughie (Jack Quaid), M.M. (Laz Alonso), Frenchie (Tomer Capone), and Kimiko (Karen Fukuhara). And they’ve added some supes to their ranks, including Annie/Starlight (Erin Moriarty) and the now depowered Queen Maeve (Dominique McElligott). Other characters who will return include primary antagonist Homelander (Anthony Starr) — who’s only become more emboldened and uncontrollable — along with the remainder of the Seven, which includes A-Train (Jessie T. Usher) and The Deep (Chace Crawford). We’ll also probably see Soldier Boy (Jensen Ackles) come back in some way.

One character who won’t be returning is Black Noir, who was killed by Homelander after he learned that Noir withheld the truth that Soldier Boy was his birth father. But Kripke said that’s not the last you’ll see of the Noir suit. “A character who is completely silent and in a black mask can be recast,” Kripke told Entertainment Weekly. Instead, a “hilarious” new character will take on the mantle, played by Superman & Lois actor Fritzy-Klevans Destine.

With the Seven in shambles and Homelander emboldened, a fourth season will probably focus more on Homelander’s rise to power. We don’t yet know what the repercussions will be for Homelander and Vought after he killed a civilian in broad daylight, egged on by his followers. We also don’t know what will happen to the Seven now that only two other members are left. Will they find a new slate of supes to fill the ranks or rebrand entirely?

There’s also the issue of Butcher abusing the Temp-V substance, which leaves him with only 18 months left to live. The Boys will likely have to figure out how to cure Butcher in Season 4. Meanwhile, he will be even more driven to get rid of Homelander once and for all.

This post will be updated as more information about The Boys Season 4 becomes available.