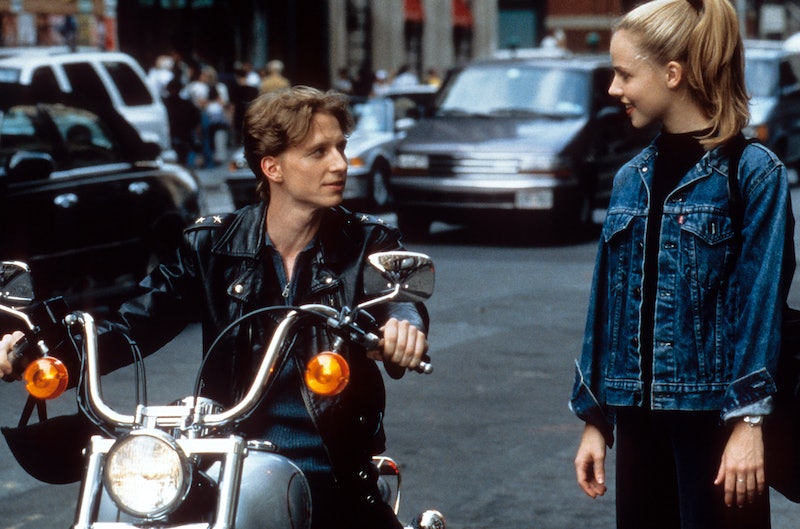 There's no denying the ongoing pandemic has affected all industries, including the performing arts. So much so, the Center Stage cast is reuniting to support the American Ballet Theatre's Crisis Relief Fund. The cause aims to provide aid to dancers, production crews, musicians, ballet staff, and faculty as a result of the coronavirus.

Theatre, like many other businesses, have been hit hard by the pandemic. Even Broadway is currently shutdown until at least through the rest of 2020. But, Zoe Saldana (Eva), Amanda Schull (Jody), Sascha Radetsky (Charlie), and Ethan Stiefel (Cooper) are hoping to help by reuniting virtually and raising money for the ABT's Crisis Relief Fund. It honestly sounds like what would happen if a Center Stage sequel took place in 2020. It's only right that Jody, Eva, Charlie, and Cooper would reunite to help ABT, the place it all began. Only instead of a movie, it's a real live event. As per People, the virtual fundraiser will stream on Sept. 1 at 7:30 p.m. EST on ABT and Sony Pictures Home Entertainment YouTube channels. Since the fundraiser is virtual, viewers will be able to donate online.

The reunion news follows Center Stage's twentieth anniversary celebration in May. The 2000 movie tells the story of a group of young dancers at New York City's American Ballet Academy. There's drama, romance, and, of course, dancing, as the dancers navigate both their personal and professional lives. Both Saldana and Schull's careers were launched thanks to the film. And, viewers were also lucky enough to see professional dancers, like Radetsky, Stiefel, and Julie Kent (Kathleen Donahue), show off their skills.

Actually, Schull was a professional dancer as well before becoming a star on both the small and big screen. She attended San Francisco Ballet School and Center Stage was her "first film job ever," she told Entertainment Weekly during an interview for the twentieth anniversary. "I was in the right place at the right time when I got cast to be Jody Sawyer," she said. The movie not only helped start her career, but Schull also made friends while on set. "It was just a gift," she told EW about filming. "You had to say lines that people wrote for you that made sense, that weren’t forced, that were easy, and then you laughed and chatted and spent time with your new best friends between takes. It was a lot of fun."

And now two decades later, Center Stage is still a fan-favorite. There's even a Center Stage series being developed for TV that will be a modern-day follow-up to the movie. And, yes, Stiefel is reprising his role as Cooper Nielson, but he's the only original character currently tied to the project. Until then, fans can tune into the cast reunion on Sept. 1 that's all for a good cause.

More like this
Reese Witherspoon Confirms This Fan Favorite Will Return For 'Legally Blonde 3'
By Jake Viswanath
Vanessa Hudgens Is Reportedly Engaged To Cole Tucker
By Jake Viswanath
Alicia Silverstone Revives Her 'Clueless' Character In This Super Bowl Commercial
By Jake Viswanath
At 28, Rosie Perez Risked Her Career To Stop Playing Stereotypes
By Gabrielle Bondi
Get Even More From Bustle — Sign Up For The Newsletter
From hair trends to relationship advice, our daily newsletter has everything you need to sound like a person who’s on TikTok, even if you aren’t.