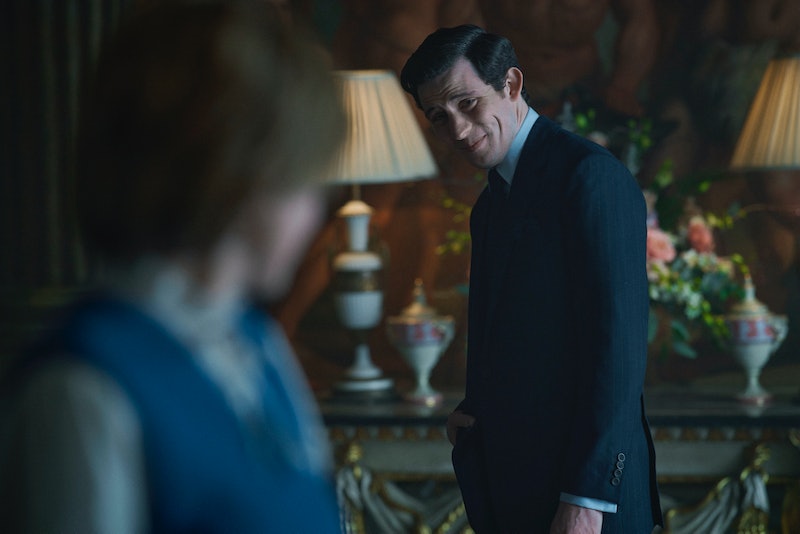 Spoilers ahead for The Crown Season 4. Playing the heir-apparent on The Crown has been no walk in the park, but one Josh O’Connor has pulled off with great aplomb. "It’s lovely to have had a chance to play him," said O’Connor in an interview ahead of the drama's fourth season, but it is a role he is happy to be leaving behind. "It somewhat takes away the pressure to pass it on," he told Radio Times.

“You know there have been a hundred people who have played Richard II before you and there are going to be a hundred others who play him after you," explained the actor. "I’m sure whoever takes over from me will do a terrific job.”

Dominic West is rumoured to be taking on the role for season five, which will take the Netflix drama into the '90s, when Prince Charles and Diana's marriage truly falls apart.

In season four, though, we meet two young people, falling in love – "whatever 'in love' means," as Prince Charles famously put it in his own engagement interview – marrying, and begin to grow apart.

Making Charles's resentful reaction a sympathetic one was crucial for O'Connor. “It didn’t rest well with me that Charles was just jealous of fame or celebrity. The jealousy was that Diana had this God’s gift: people felt like they knew her and Charles just didn’t have that," he said.

“When Diana’s unhappy, he feels angry and frustrated that she can’t just do what his family have done for generations and keep a stiff upper lip," he explained. "The unkind moments of Charles are not too dissimilar to the way Philip talked to him in series three. It’s the bullied turning into the bully. You can track back and see where it has come from.”

As to why the wedding doesn't get more airtime in series four, he said it was simply wasn't interesting enough. “The moments that punctuate the series, those public moments we all recognise, bring you back to reality from a place of fiction. But at the wedding itself, they were on their best behaviour, so it’s not as interesting as the wedding rehearsal, which had tensions, and that we do see.”

Watch season four of The Crown on Netflix on Nov. 15.