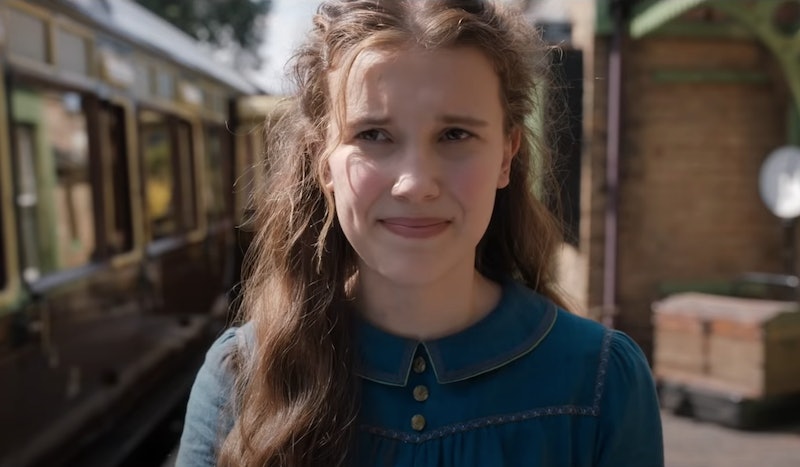 First published in 2006, The Case of the Missing Marquess centers on Enola, the teenage sister of Sherlock and Mycroft, who finds herself plunged into a mystery when her beloved mother, Eudoria, disappears on her 14th birthday. Asking her older brothers for help turns out to be a mistake. They aren't that concerned about their mother's whereabouts, and, to make matters worse, Mycroft wants to send tomboy Enola away to boarding school so she can learn how to be a proper lady. When her older brothers prove to be unhelpful, there's nothing left for Enola to do but run away to follow the trail of breadcrumbs her mother has left behind.

While tracking down her mother, Enola finds herself involved in another mystery. The young Viscount Tewksbury, Marquess of Basilwether has been kidnapped, according to numerous reports. Enola discovers that the boy has actually run away from home, but his would-be kidnappers are fast on his trail. She has no choice but to help him continue to elude capture, even as she attempts to crack the case of Eudoria's disappearance. Although she solves the mystery of who wants the viscount dead — which we won't spoil for you here — she doesn't find her mother by the time The Case of the Missing Marquess ends.

Instead, Sherlock and Mycroft's baby sister begins a new double life away from her brothers' prying eyes, becoming both a nun who walks the East End's back alleys to find people in need of assistance and Ivy Meshle, a mild-mannered secretary. While settling into her new identities, Enola makes contact with Eudoria, who sends her a coded message in a newspaper advertisement, telling her that she has abandoned her old life to live upon the moors with the Romani.

If the first Enola Holmes book's ending doesn't satisfy you, don't worry. Springer published five other mysteries in her children's book series, which ended with the sixth title in 2010. So you have plenty to read after streaming the Netflix film.