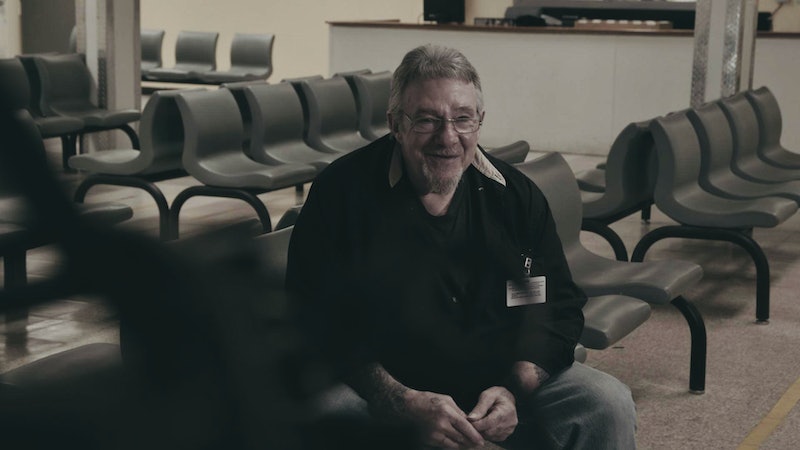 The new EPIX true crime docuseries Fall River aims to get viewers to rethink the outcome of the infamous Fall River Murders. The series looks at the deaths of three sex workers that happened in Fall River, Massachusetts, between 1979-1980. The deaths were ultimately blamed on an alleged Satanic cult allegedly run by Carl Drew, according to the Boston Herald. But much of the trial hinged on testimony from Robin Murphy, who has since recanted her claims about her involvement in the supposed cult and the killings, per WCVB. Drew, meanwhile, has always claimed to have been innocent.

According to Mass Live, three people were allegedly involved in the women’s deaths. Carl Drew and Andy Maltais were both convicted of first-degree murder and Murphy was convicted of second-degree murder. But with little forensic evidence and Murphy’s recanted testimony, there’s not much of a case looking at it today. Rolling Stone reported that the lead investigator Paul Carey has also been haunted by inconsistencies in the case, and he began looking into it again after he retired. Fall River explores this reinvestigation with new witness interviews and evidence, and it includes interviews with the alleged cult leader Drew.

Murphy is also one of the people interviewed in the series, and perhaps she’ll speak on how she recanted her testimony years after the trial ended. Per WCVB, she claimed that she simply “concocted” a murder story. Murphy has attempted to gain parole over the years but has been consistently denied, due in large part to the inconsistencies in what she says. “You have a serious problem with credibility,” one parole board member told her in 2017, per The Herald News. She remains incarcerated to this day, and The Herald News reported that Maltais died in prison. As for the alleged cult leader?

Carl Drew Is Still In Prison

Per Mass Live, Drew was sentenced to life in prison without the possibility of parole. He’s currently housed at the medium security MCI-Shirley prison in Massachusetts, according to WCVB. Although he claims he’s innocent, his only hope at getting out of prison would be an exoneration achieved with new evidence or something to prove he didn’t commit the crimes. Perhaps this docuseries will help him attain that.

Viewers can watch and decide for themselves.

More like this
Where Is The Bling Ring’s Rachel Lee Now?
By Arya Roshanian
What Is 'Pretty Wild' Star Tess Taylor Up To Now?
By Morgan Leigh Davies
Lori Vallow’s Son Was Arrested For Sexual Assault Days Before 'Sins Of Our Mother' Premiered
By Brad Witter
Lori Vallow Faces The Death Penalty For Allegedly Murdering 2 Of Her Children
By Brad Witter
Get Even More From Bustle — Sign Up For The Newsletter