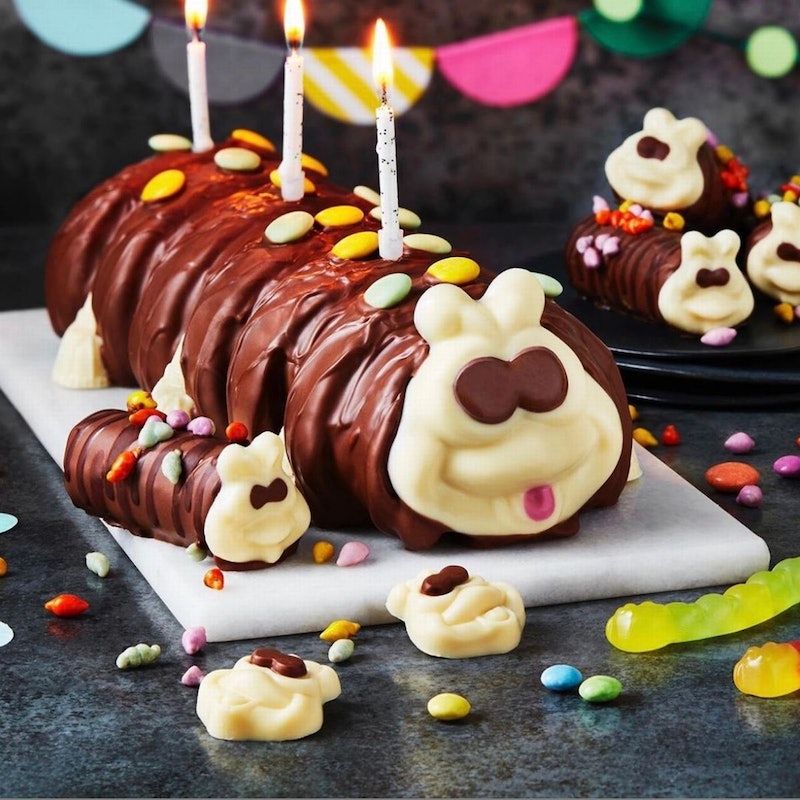 After news broke that Marks & Spencer were suing Aldi for its Cuthbert the Caterpillar cake, it was only a matter of time before the memes started to flow. In a matter of days, Twitter was awash with pro-Cuthbert stans, so much so that #FreeCuthbert has started trending on multiple occasions.

If you’re not aware of the drama, the basic details are as follows: M&S believe that Aldi’s caterpillar cake infringes on its trademark for Colin the Caterpillar. Colin has seen quite the renaissance as of late, joining the likes of Percy Pig as an unofficial mascot for the upmarket store. Now M&S have lodged an intellectual property claim with the High Court and want Aldi to removed Cuthbert from its shelves “and agree not to sell anything similar in the future.”

A spokesman for M&S said, “Because we know the M&S brand is special to our customers and they expect only the very best from us, love and care goes into every M&S product on our shelves. We want to protect Colin, Connie and our reputation for freshness, quality, innovation and value.”

Aldi isn’t the only supermarket with their own brand of caterpillar cake, with Sainsbury’s, Waitrose, Tesco’s, and practically all other big-chain supermarkets selling a variation of Colin. Supporters of Cuthbert on Twitter have made this fact abundantly clear, as well as point out a few other flaws they see within the intellectual property claim.

Aldi itself has been very vocal about the situation on its own social media, providing quality meme content very since the news first broke.

So if you’re a little behind on the Cuthbert v Colin memes, scroll below to find just a few gems.

A disaster waiting to happen

A stand off for the ages

The interview we need to see

Someone needs lessons in grace and decorum

More like this
Ben & Jerry’s New Sundae Flavours Are A Chocoholic’s Dream
By Sophie McEvoy
Pret & Costa’s Coffee Is The Strongest On The High Street, According To Which?
By Sam Ramsden
Dunkin’s Valentine’s Day Lineup Includes A Drink That Tastes Like Dessert
By Alexis Morillo
Twitter Is Burning As Phoebe Dynevor Reveals Daphne’s 'Bridgerton' Exit
By Sophie McEvoy
Get The Very Best Of Bustle/UK
Sign up for Bustle UK's twice-weekly newsletter, featuring the latest must-watch TV, moving personal stories, and expert advice on the hottest viral buys.