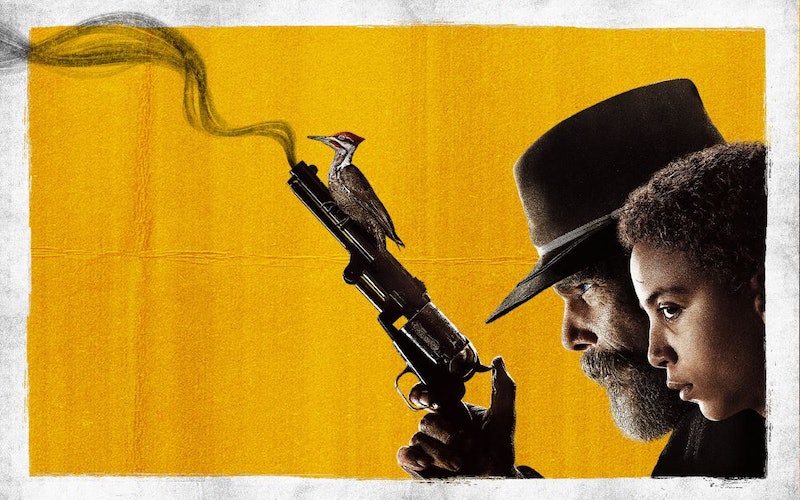 Historical fiction can get confusing, given that the genre routinely blurs the lines between what's real and what isn't. Take the new Showtime miniseries The Good Lord Bird, for example. The Good Lord Bird is not based on a true story in the traditional sense, but it does feature actual historical events and real-life figures like John Brown, Frederick Douglass, and Harriet Tubman. But the series' main protagonist, Henry Shackleford AKA Onion (Joshua Caleb Johnson), is entirely fictional, with no basis in reality.

The series is based on the 2013 novel of the same name by author James McBride. The book tells the story of Shackleford, a fictional young African American slave in Kansas during the then-territory's Bleeding Kansas era. That period, which stretched from 1854 to 1861, is looked back upon as a precursor to the American Civil War, as pro-slavery and anti-slavery groups battled viciously over the legality of slavery in the future state. In the book, Shackleford meets and befriends abolitionist John Brown, and the story is largely a reflection of Brown's abolitionist efforts during the period, as seen through the eyes of Shackleford. So, in that way, you could argue that The Good Lord Bird is based on a true story, since it dramatizes the events of John Brown's life, albeit from the perspective of a companion who never existed. The series' trailer even qualifies the show as historical fiction by stating, "All of this is true... most of it happened."

John Brown, played by Ethan Hawke in the series, was a prominent white abolitionist in the years leading up to the Civil War. He's often been regarded as a controversial figure in American history because unlike many of his contemporaries, he favored violence against slavers and pro-slavery settlers as a means of bringing the practice to an end. In his lifetime, Brown also crossed paths with such luminaries as Frederick Douglass and Harriet Tubman, and those meetings are fictionalized in The Good Lord Bird. Brown is perhaps best known for his raid on Harpers Ferry, an 1859 effort to capture the U.S. armory in Harpers Ferry, West Virginia, and incite a slave revolt. The raid resulted in a violent standoff between Brown's men and pro-slavery locals, which was eventually brought to an end after President James Buchanan ordered in the Marines — under the command of future Confederate General Robert E. Lee — to quash the effort. Brown was captured and convicted of treason, and he was hanged in front of, coincidentally, John Wilkes Booth, who would go on to assassinate the man who did successfully end slavery, President Abraham Lincoln. The raid is considered to be a major instigating factor of the Civil War.

"John Brown is someone who society shunned after his death. People forgot him 50 years after he died. His work lingered on for years and years. He was a mythic figure," McBride told CBS Local. "When I began to unearth all these stories about him, I just said I have to figure out a way to write about him that would be funny and make people hear his story and still feel some joy." The author also spoke about how the series is hitting at the right time, with society finally seeming to come to grips with America's history of systemic racism. "It’s important because we have revealed a cancer that has been eating away at us for 400 years," he continued. "Finally it is out in full and all of us are trying to figure out ways to fix it. That’s something I never thought I’d see in my lifetime. I think that’s one of the reasons why we should celebrate John Brown and I think we should be pleased that we’re trying very hard to figure out ways to talk to each other without making each other angry and doing stupid things to each other."

The Good Lord Bird may give a highly fictionalized account of John Brown's abolitionist efforts during the Bleeding Kansas era, but like any example of historical fiction, this story wouldn't exist without the actual history that inspired it.