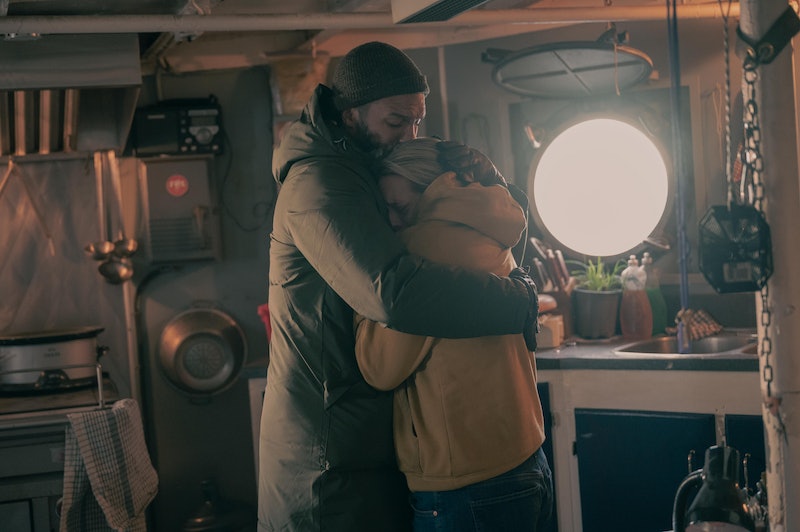 Spoilers ahead for The Handmaid’s Tale Season 4, Episode 7. June is now seeking asylum in Canada, where she’ll be restored to her own name, full human rights, and the remains of a stolen life. By this point, she and Luke have spent more of their marriage trying to get back to each other than living in the same house. But on the most recent episode of The Handmaid’s Tale, the agony of their separation and their long-held hope for reunion are swept away by something more sinister: the possibility that seven years separated by land borders and, to understate it, colossally divergent experiences is too great a gap to ever close.

Episode 7 picks up in the final moments of last week’s, right after Luke races aboard the ship smuggling June to freedom. From there, Mark Tuello escorts her to a refugee camp for high-rollers. There are fresh flowers and cheeseboards and the enormous shock of seeing up close that while June suffered in Gilead, the rest of the world did business as usual, not limited to but including five-star hotels.

Luke is talking too much. It’s understandable and inexcusable. When June, still coated in the dust of a crumbling Chicago, says she’s going for a shower, one suspects she needs a break from the burden of his nervous concern. As a metaphor, the following shower scene, in which the camera luxuriates over June’s myriad scrapes and contusions, is insufficient to the moment. There are no fresh starts, and June knows it. When she walks back toward the suite’s living room wearing a red hotel robe — red! — to see Luke reordering the dishes on the table, she quietly shuts the door against him. Is there such a thing as a right order to the dishes? What could June possibly have to say to someone who still believes things look a little nicer this way than that way?

Instead of dinner, she sleeps for 17 hours straight — a more suitable symbol for what recovery might involve. When she wakes, Luke is resting uncomfortably on a curved sofa and she invites him to the bed. Their interactions are stilted but natural — they have no norms any more. June again apologizes for not rescuing their daughter. “I should be the one that’s apologizing,” Luke insists. If there’s one way this couple has grown together, it’s in the guilt and grief they feel over losing Hannah. And they forgive each other if not themselves. June tells Luke that she’s seen Hannah. “She’s really big,” she says. For a moment, they are regular parents, so utterly engrossed in the present that they can’t believe time has moved forward, that their daughter is growing up. June generously spares Luke the heartbreak of Hannah telling her, “It’s okay, I have new parents now.”

Most couples have secrets between them, or at least tender spots they avoid. It’s not necessarily a bad thing. It can be a part of how two people work together to minimize their differences. When it’s time for June to see Nichole, for example, Luke calls the child she had with Nick “our daughter” without hesitation. They go to the grocery store and make jokes about how, while June was in sexual slavery, potato chips got a healthy makeover. Outside the bubble of the hotel, Luke and June seem to work a little better. “Did you have fun?” he asks the morning after she stays up late with Emily and Moira and Rita. Luke’s the dad who put the kids to bed; June’s the wife who came home tipsy from Girls Night.

Physical intimacy is its own barrier, one we know other Gilead refugees have struggled with. Emily, for example, still sleeps separately from her wife. When Luke and June kiss for the first time, she’s jumpy. They’re more eager to close the gap than they are ready to close it. If previous scenes emphasize what’s utterly regular about them, the discomfort around physical touch reminds us of the enormity of what’s between them. Luke and June are two people who did not fail each other and did not hurt each other. There are no amends to make, just bruises to navigate.

In the middle of one night, June makes an impromptu visit to Serena, the only character who looms larger in her personal history than even Luke. The pregnant Serena wants to apologize; June doesn’t want to hear it. “Do you know why God made you pregnant?” June asks with escalating volume. “So that when he kills that baby inside your womb you will feel a fraction of the pain you caused us when you tore our children from our arms, do you understand me? Do you understand me?”

When June gets home, she climbs into bed with Luke. They have sex on June’s terms. When he asks her to wait, she covers his mouth and he lets her. There is no closing the gap, at least for now. Whereas Emily is using intimacy as a measure of closeness, for Luke and June it is so far another wedge. Later, when asked what drives Serena, June answers hatred and rage. “She’ll do anything to get what she wants.” Serena and June are not the same, but there are ways in which they’re not so different. They hate each other; they’re also obsessed with each other. Being shouted down by June is enough to drive Serena to reunite with her husband; shouting at Serena emboldens June to go to bed with hers. Even now, free from Gilead, whether Luke and June stand a chance will depend on so much more than what happens between them.