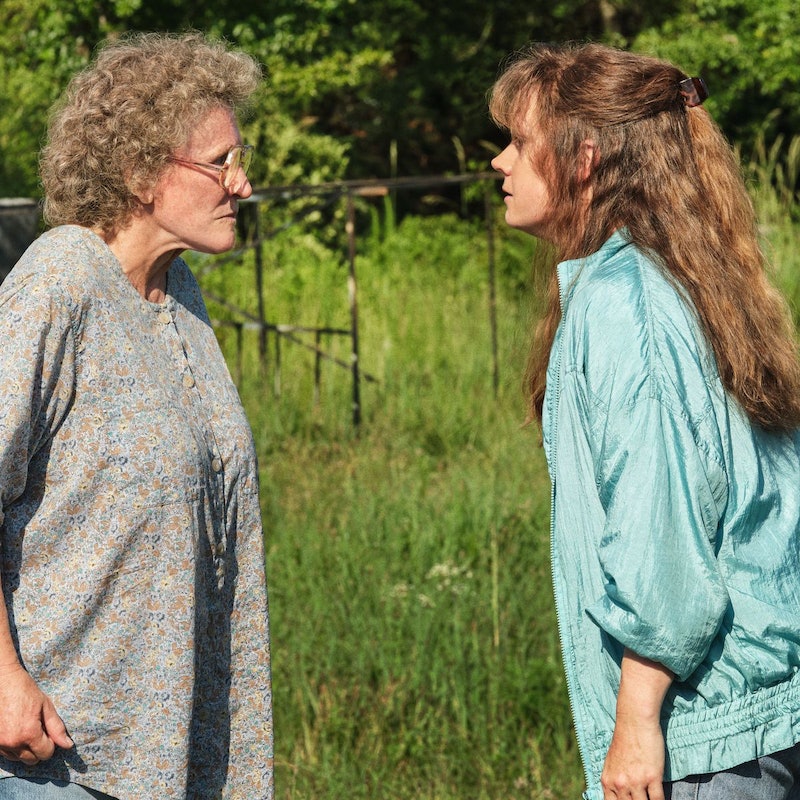 J.D. Vance's controversial 2016 bestseller, Hillbilly Elegy: A Memoir of a Family and Culture in Crisis, is now available to stream on Netflix. Ron Howard's Hillbilly Elegy film has received praise for Amy Adams and Glenn Close's portrayals of Vance's mother and grandmother — as well as a slew of negative reviews for just about everything else in the film — but readers know that nothing stands in for the book itself. Here's what you need to know about the Hillbilly Elegy book ending before you watch the movie. Major spoilers for Hillbilly Elegy follow.

Lauded as an insider's look at Appalachian life upon its 2016 launch, J.D. Vance's Hillbilly Elegy takes readers on Vance's journey from the southern Ohio suburbs to Yale. But Vance, a venture capitalist and one time aspiring Republican senator, is not the book's most compelling character. Instead, the author's mother and grandmother, Bev and Mamaw Vance, take center stage in his story of abuse and addiction.

The matriarchs of Vance's life are not heroes, however. For much of her life, Mamaw is locked in a physically abusive marriage to Papaw Vance, who drinks too much. Mamaw eventually lights Papaw on fire with gasoline to pay him back for his drinking problem, and although the two separate afterward, they remain close. Bev, on the other hand, bounces between a series of abusive relationships, beats her children, and abuses prescription narcotics.

Vance finds his escape in military service. Following a tour of duty in the Iraq War, he attends Ohio State University, taking on an accelerated course of study in order to graduate early. When he's accepted to Yale Law School, however, Vance experiences a massive culture shock living among his wealthy-born peers. His lifeline at Yale turns out to be his future wife, Usha, who helps him rub elbows with the upper classes without revealing too much about his impoverished background.

As Hillbilly Elegy comes to a close, Vance turns his attention to reflecting on the problems of "hillbilly" life — a move that has drawn harsh criticism. Writing for Lexington, Kentucky's Herald Leader, Brandon Kiser points out that "Vance isn’t a hillbilly at all." Although he spent short periods of his life in an area of Kentucky which Kiser calls "Hillbilly Headquarters, USA," Vance actually grew up in the suburbs of Cincinnati, Ohio, outside the purview of the Appalachian Regional Commission.

The film has drawn just as much controversy as the book did in 2016, but you can check it out for yourself on Netflix now.

More like this
Here’s Everything Coming To & Leaving Netflix In February
By Jake Viswanath
The Mysterious Gunther Corporation From 'Gunther’s Millions' Has Dissolved
By Brad Witter
Netflix Shut Down 'Bridgerton' S3 Rumours About A “Very Dark” Storyline
By Bustle
Here's How Netflix Should Adapt Prince Harry's Memoir Into A Movie
By Ginny Hogan
Get Even More From Bustle — Sign Up For The Newsletter
From hair trends to relationship advice, our daily newsletter has everything you need to sound like a person who’s on TikTok, even if you aren’t.