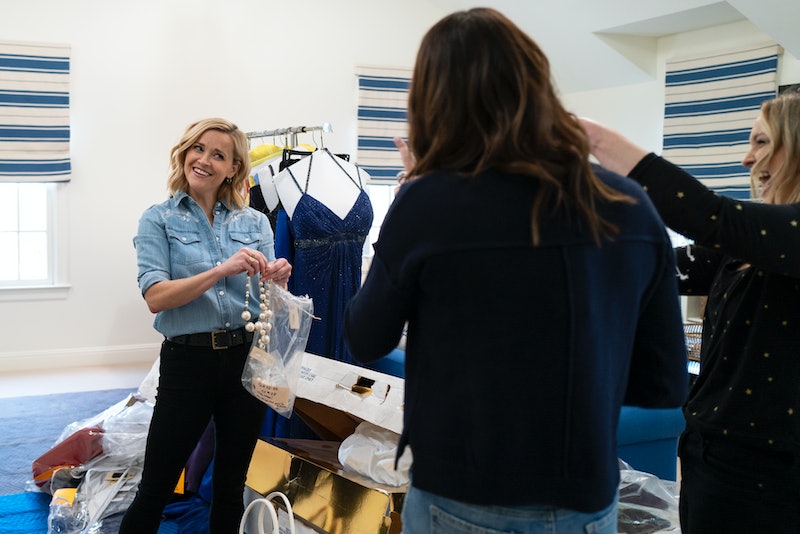 They may be able to afford a professional cleaning service, but the celebrities in Get Organized with The Home Edit are still as messy and unorganized as the rest of us. The new Netflix show follows Home Edit founders Clea Shearer and Joanna Teplin as they help to declutter the homes of A-list stars and everyday people alike. The result? Clean, perfectly tidy spaces fit for Instagram. You just get the benefit of seeing the "before" image, too.

Since founding The Home Edit in 2015, Shearer and Teplin have worked with celebs including Gwyneth Paltrow, Katy Perry, Dan Levy, and Eva Chen. Here's who they're paying a visit in Get Organized, out Sept. 9 on Netflix.

There's nothing quite like seeing inside a fashion designer's closet. In Episode 2, the Home Edit team helps Rachel Zoe organize her massive shoe, clothing, and bag collection. If only we all struggled with where to store all of our Birkin bags.

Anyone who watches Keeping Up With The Kardashians knows that Khloé is very particular about organization, so it's no surprise that she's a repeat Home Edit client. In this episode, they clean out her garage, finding room to store her painting supplies, extra high chairs, and all of those chic mini cars that the Kardashians have for their kids.

If you've ever wanted to see how many clothes the average celebrity kid has, Shearer and Teplin go inside the closet of Eva Longoria's young son.

Parks and Rec fans will love getting a peek into Retta's home life, where The Home Edit team helps her with a relaxing "leisure lounge." They unbox and display tons of Parks and Rec memorabilia along the way.

Shearer and Teplin declutter twins Harper and Gideon's playroom, and we all learn that David Burtka is a late night online shopper just like the rest of us. His guilty pleasure? Pillows shaped like food.

The Home Edit is responsible for some of the most organized pantries in Hollywood, and Jordana Brewster could use the help. Her pantry is so tall that she has to climb on the shelves to get food down.

The final episode in Season 1 is another pantry makeover, this time for singer Kane Brown, who has many of the foods you likely have in your own place — just with a lot more space to store them.