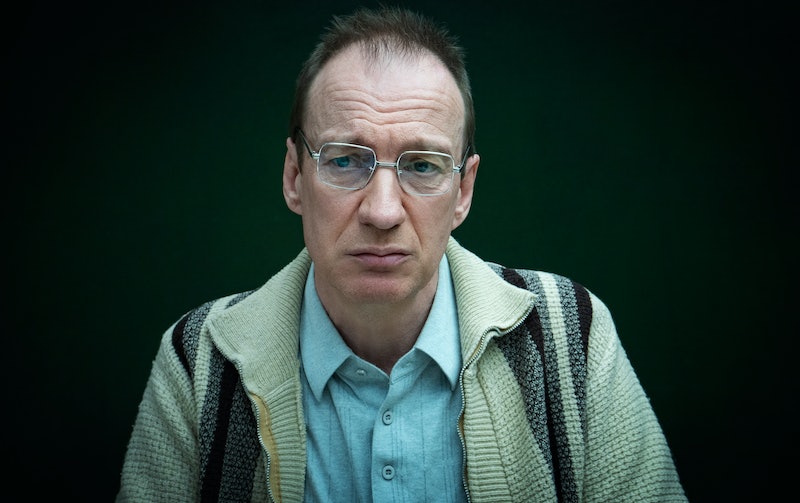 Starring The Crown’s Olivia Colman and Harry Potter’s David Thewlis, Landscapers sees the two esteemed actors take on the roles of real life convicted murderers Susan and Christopher Edwards, respectively. The couple were charged with the murder of Susan’s parents in 1988 after bodies were discovered in the Edwards’ back garden at their home in Mansfield, Nottinghamshire.

As is the case with any dramatisation of a true crime story, it’s always helpful for writers and creators to talk to the real people involved. But that’s easier said than done – especially in the case of Susan and Christopher, who are currently serving life sentences for their crimes. But in turns out that Landscaper’s writer Ed Sinclair was actually given the opportunity to send and receive letters from Christopher behind bars, and he had a very peculiar request.

It’s not clear when the correspondence between Sinclair and Christopher began, but the writer wanted to at least inform him of their creative decisions. “This may sound strange because they’re obviously convicted double murderers, but I wouldn’t want them to be upset by anything that we have done,” Sinclair told the Radio Times in a recent interview.

Describing the real Christopher as “very even-headed and sensible,” Sinclair said that the convicted felon asked that Landscapers not be “a hatchet job on the police” or “the prosecution case,” which the writer found fascinating. “So I think he’s got quite a sort of philosophical outlook on it, so I don’t think he’ll find any version of it particularly troubling.”

As for Susan, who Sinclair describes as “more fragile,” it seems that the show creators were unable to get in much contact with her. “We won’t have got a lot of stuff right about her, but a slightly more sympathetic exploration of what brings someone who’s had the experiences she had to this place,” Sinclair explained. “I hope that she will find that it’s not too awful to watch.”