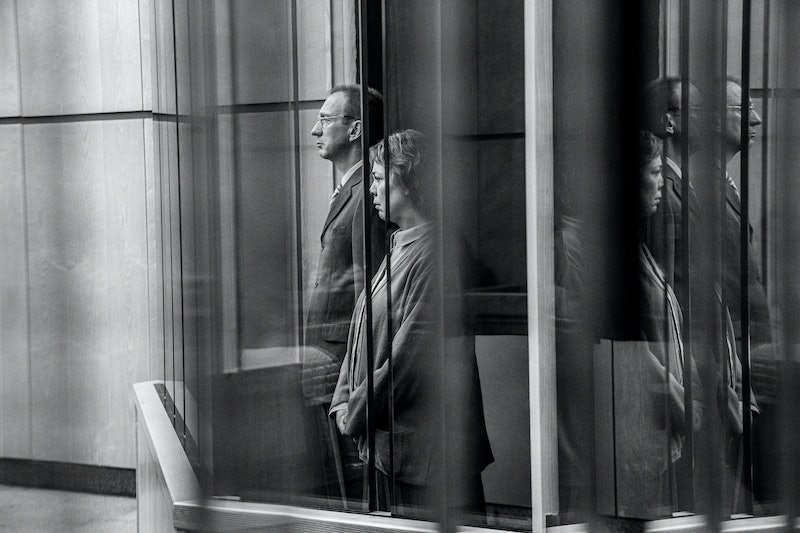 Convicted murderers Susan and Christopher Edwards are the subject of a new four-part Sky Atlantic and Now TV mini-series, starring The Crown’s Olivia Colman and Harry Potter alumni David Thewlis. Landscapers tells the chilling tale of how the couple had killed Susan’s parents, Patricia and William Wycherley, and embarked on an extraordinary journey of deception for over 15 years, keeping her parents alive on paper through a series of letters and forged signatures.

After burying her parents in the back garden of their former house, Susan and her husband emptied the Wycherley’s bank accounts of £40,000 and made off with over £250,000 of their money, helping themselves to her parent’s private pensions and benefits. Somehow, the Edwards still racked up some £160,000 worth of debt buying Hollywood memorabilia. Yet, the golden age of cinema with which they were so fixated couldn’t have come up with a more unusual script.

Detectives believed that the motive for the crimes lay in a financial grudge Susan Edwards held against her parents for years before their murder, as she felt they had cheated her out of an inheritance left to her by a step-grandmother.

At her trial, Susan’s defence team claimed she had been sexually abused by her father until she was 11, but the while the trial judge, Justice Thirlwall, accepted that this background would explain why Susan hated her father, and why she would have no remorse about killing him, she added: “Given that you left home in the early 1980s, some 15 years before the murders, I cannot accept that his conduct, wholly wrong as it was, explains your decision to kill him in 1998.”

Sentencing the pair, Thrilwall said they had acted together to carry out the “shocking crimes” and deserved to spend most, if not all, of the rest of their lives in prison. “I have no doubt that you were acting together,” said Justice Thirlwall. “You are each as responsible as the other for these crimes and I see no reason to distinguish between you on sentence.” Both Susan Edwards, 39 at the time of the murders, and Christopher Edwards, 41 at the time, are serving life sentences for double murder.

“The Edwards' version of events just didn't sound plausible right from the very beginning,” said Nottinghamshire Police’s DCI Rob Griffin after the sentencing, per the BBC. “It was through good old-fashioned detective work that we were able to separate fact from fiction… It was in the finer detail of their own story that we were able to expose their lies.”

As reported by the BBC, Susan Edwards lost an appeal against her sentence in 2015, and the couple remain in jail today.

The unusual story of Landscapers starring Olivia Coleman and David Thewlis will be available to stream on HBOMax from Monday, Dec. 6 in the US, with episodes released each week. In the UK, Landscapers will premiere on Sky Atlantic and streaming service NowTV on Tuesday, Dec. 7 at 9pm, with all four episodes available to watch from the launch.