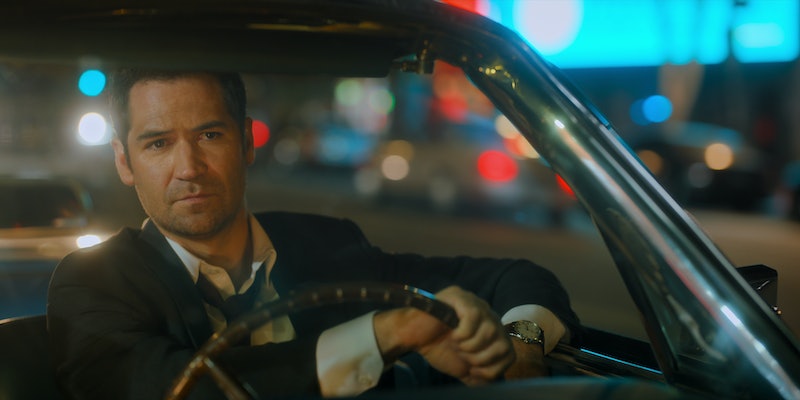 On May 13, Netflix is introducing a new legal drama to its library. The Lincoln Lawyer — which may be a familiar title to some — is headed to the streamer for its first season. The show follows attorney Michael Haller (Manuel Garcia-Rulfo), a skeptical optimist who runs a law office out of the backseat of his Lincoln. Operating in Los Angeles, Haller takes on all cases, from the high-profile to the insignificant. The series is based on a collection of novels by author Michael Connelly, and the upcoming first season is slated to follow the second book in the Lincoln Lawyer series, titled The Brass Verdict. Given the deep well of source material, it’s easy to wonder if there will be a Season 2 of The Lincoln Lawyer.

The reason why the title may sound so familiar is because it’s the same name as the 2011 film The Lincoln Lawyer, which starred Matthew McConaughey. Though the two properties follow the same character, the 2022 version is in no way a sequel to the film. This also isn’t the only Michael Connelly adaptation currently on screens, either: Connelly is also the author of the Harry Bosch novels, which were adapted into a series for Amazon Prime and Amazon Freevee. Ironically enough, Harry Bosch and Michael Haller are paternal half-brothers, according to the Connelly novels; however, the author confirmed on Twitter that there won’t be a crossover.

Connelly’s confirmation of there being no plans for a crossover remains the only real confirmation surrounding the show. As of yet, there’s been no announcement of a Season 2 for The Lincoln Lawyer, nor has Netflix hinted at a potential sophomore season. That said, it’s not unlikely that Netflix is waiting until after the show’s May 13 premiere to decide if they want to renew the show for a second season.

Just because plans haven’t been announced, however, doesn’t mean that there isn’t a chance of more Michael Haller. As it stands right now, Connelly has six novels in his Lincoln Lawyer series, which means that Netflix has plenty of source material to adapt if they ultimately decide to give the legal series more seasons.

As for the ins and outs of Season 1, audiences will follow Haller after the death of his former law partner as he’s thrust into command of a law firm and made to take over the reins of a high-profile murder case. It’s the kind of narrative that could definitely wrap up over the course of one season, giving the show an option to end after Season 1, while also clearing the slate for an entirely new adventure in a potential Season 2. Regardless of Netflix and production’s ultimate decision, the series has 10 episodes in front of itself to decide how to conduct its first season.

More like this
'Bridgerton' Season 4 Will Likely Focus On This Brother's Divided Heart
By Grace Wehniainen and Alyssa Lapid
'Bridgerton' Star Nicola Coughlan Confirms Season 3 Will Focus On Colin & Penelope
By Grace Wehniainen and Alyssa Lapid
Will Shoresy Get A Season 2? What To Know
By Kadin Burnett
'Heartstopper's Kit Connor Revealed His Hopes For Season 2
By Nola Ojomu and Sam Ramsden
Get Even More From Bustle — Sign Up For The Newsletter