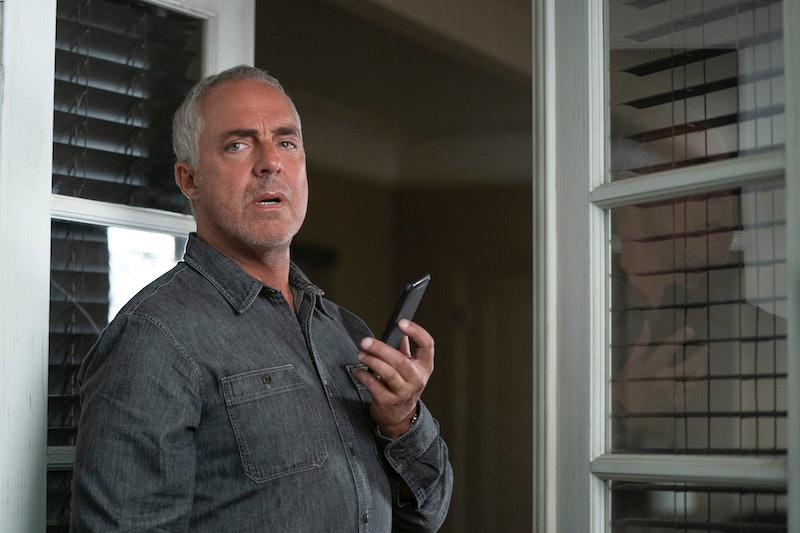 Just when you thought you’d seen the last of Hieronymus “Harry” Bosch, Amazon swooped in for a revival. The police procedural, Bosch, aired for seven seasons on Amazon Prime Video, spanning from 2014 to 2021. The series finale seemed to wrap up the show nicely, but that didn’t stop the streamer from resuscitating the show and the character. Which means that those who enjoyed the series on its original streaming service won’t have to look far to find the revival.

The Bosch spin-off, titled Bosch: Legacy will stream on Amazon Freevee (formerly known as IMDb TV, Amazon’s free streaming hub). Like its name suggests, the service is free, and you can watch Bosch: Legacy on the Amazon website, or on the Prime Video app or Freevee app.

Fans may remember the series finale of Bosch concluding as Harry (Titus Welliver) attempted to apply for his license to become a state-recognized private investigator. In a cheeky nod to the series’ history, the clerk dealing with Harry’s paperwork informs him that the FBI will have to do a background check on the officer before the process can officially proceed, alluding to the several run-ins Harry has had with the FBI over the years.

It’s hard to say just how Bosch: Legacy will develop in the wake of the Season 7 finale, however, TV Insider confirmed that the show’s lead, Titus Welliver, as well as Mimi Rogers, who plays Honey Chandler, and Madison Lintz, who plays Maddie Bosch, will all be reprising their roles. The original conceit of the law drama saw Harry Bosch as a homicide detective working to solve the murder of a thirteen-year-old boy, despite simultaneously standing court for the murder of a serial killer. The show went through many plots during its time on the air, some of which pitted Harry against attorney Honey Chandler. According to IMDb, the revival will see Harry pick up the pieces in the next chapter of his life, while working alongside his former enemy, Honey Chandler.

According to a TV Line interview with Titus Welliver, the show is set to pick up a year-and-a-half after the events of the series finale, as Bosch is working as a private detective. Meanwhile, his daughter Maddie is readying to begin her first day as a rookie cop with the LAPD. Elsewhere, Honey Chandler is attempting to bring comeuppance upon hedge fund manager Carl Rogers (Michael Rose), who tried to have her killed in Season 7.

“It’s less of a spinoff and more of a continuation,” Welliver told TV Line. “And if you’ve followed these characters at all over the years, it’s a natural progression.” He also quipped that Bosch: Legacy is ostensibly Season 8, despite being regarded as a reboot in some ways. It’s in that continuation, as Welliver points out, where he’s able to find the ability to continue to play Harry Bosch. “Yeah. The beautiful consistency of this character is that he’s the same guy that I jumped into now looking at almost a decade ago,” he said. “I mean, he evolves over those seasons, but he always has a great moral compass. It’s very, very easy to continue playing a character that has that.” It also sounds like Welliver won’t be putting down the Harry Bosch mantle anytime soon, as Bosch: Legacy has already been renewed for Season 2.

More like this
Michael Peterson & Sophie Brunet’s Relationship Timeline
By Morgan Leigh Davies
Conversations With Friends' Endometriosis Scenes Are As Brutal As It Gets
By Ivana Rihter
'Who Killed Sara?' Won’t Return For Season 4
By Brad Witter
Marvel's 'She-Hulk' Trailer Is Finally Here & The Hulk Lends A Big Helping Hand
By Grace Wehniainen
Get Even More From Bustle — Sign Up For The Newsletter