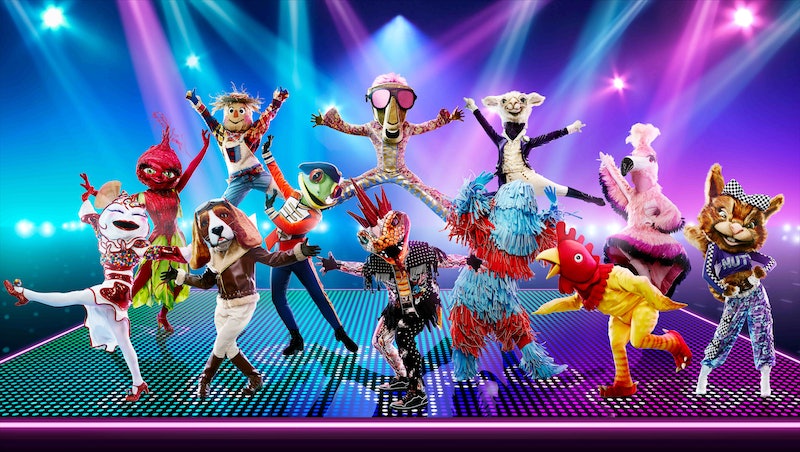 Thanks to the success of The Masked Singer, ITV has commissioned a series of The Masked Dancer. Following the same format, the new series will see 12 mystery celebrities dance in a full costume, such as the Knickerbocker Glory or Rubber Chicken, as a panel of judges try to guess their real identities.

Strictly Come Dancing alum Oti Mabuse will be joined alongside presenters Davina McCall and Jonathan Ross and comedian Mo Gilligan on the panel, with Joel Dommett taking on presenting duties once again. Although it may be a spin-off from the original masked singing competition, The Masked Dancer UK will have one major difference from its sister show.

In a recent interview with the Radio Times, Jonathon Ross revealed that the new show will allow viewers to hear the contestants’ unedited voices by hearing one word from them. While you may think this makes the competition slightly easier, Ross believes it isn’t actually as helpful as it sounds.

Speaking to Radio Times, he said, “The weird thing is – and maybe even people find this at home – that when you get it in your head that it is someone, you find yourself trying to make that work.

“If enough of the clues fit then it’s very hard to move yourself away from your original idea. You find yourself going down that road and it picks up speed and you can’t do a U-turn.”

Fellow judge Mo Gilligan also thinks the new show is harder to judge despite the new clues. In the same interview, he shared, “I think it’s actually harder because before, on Singer, you had a little bit to work off from the clues and then you had the voice, but with this game you have LOADS of clues. And you don’t know what is a curveball and what is an actual clue.”

Well, it looks like it’s time for the judges to put their thinking caps on and the guessing games to begin.

The Masked Singer will air from Saturday, May 29 at 7 p.m. on ITV and will be available on the ITV Hub.